Alethia Biotherapeutics is a clinical-stage biotechnology company developing a pipeline of immunotherapeutics for the treatment of cancer and associated conditions. The Company is focused on developing product candidates with the potential to be “first-in-class” against novel targets discovered internally to treat diseases with a significant unmet medical need. 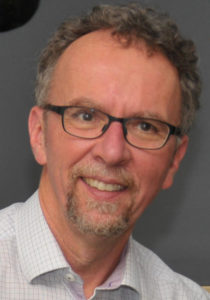 Mario Filion is Chief Scientific Officer and Executive Vice-President at Alethia Biotherapeutics, a clinical-stage biotechnology company located in Montreal with the mission of developing innovative monoclonal antibody-based therapies for the treatment of cancer and cancer-related complications.

Mario holds a Ph.D in molecular biology from the University of Montreal. He completed his training in developmental biology and oncology with a strong focus on gene expression. He started as assistant-professor at the Department of Pathology, University of Montreal. His research focused on the control of gene expression in epithelial differentiation and on human genomics programs. He joined Algène Biotechnologies in 1996 as Director, Molecular Genetics, where he created and headed a positional cloning unit to identify susceptibility genes in various diseases. From 1998-2001, Mario was Director Investments, T2C2/BIO, a leading venture capital group where he was involved in technology transfers, licensing agreements, spin-offs and company reorganizations. He then joined SignalGene in 2001 as President, Clinical Genomics Unit. Mario was heading the genetics and functional genomics programs in therapeutic areas related to women’s health. Under his leadership, a spin-off of the functional genomics programs of SignalGene was concluded which led to the creation of Alethia Biotherapeutics in 2002 with an important initial financing from Genome Canada. Under his scientific leadership, Alethia has discovered several new therapeutic targets and associated monoclonal antibodies in different therapeutic areas resulting in the issuance of over 100 patents worldwide and the conclusion of several transactions with various biopharmaceutical companies.