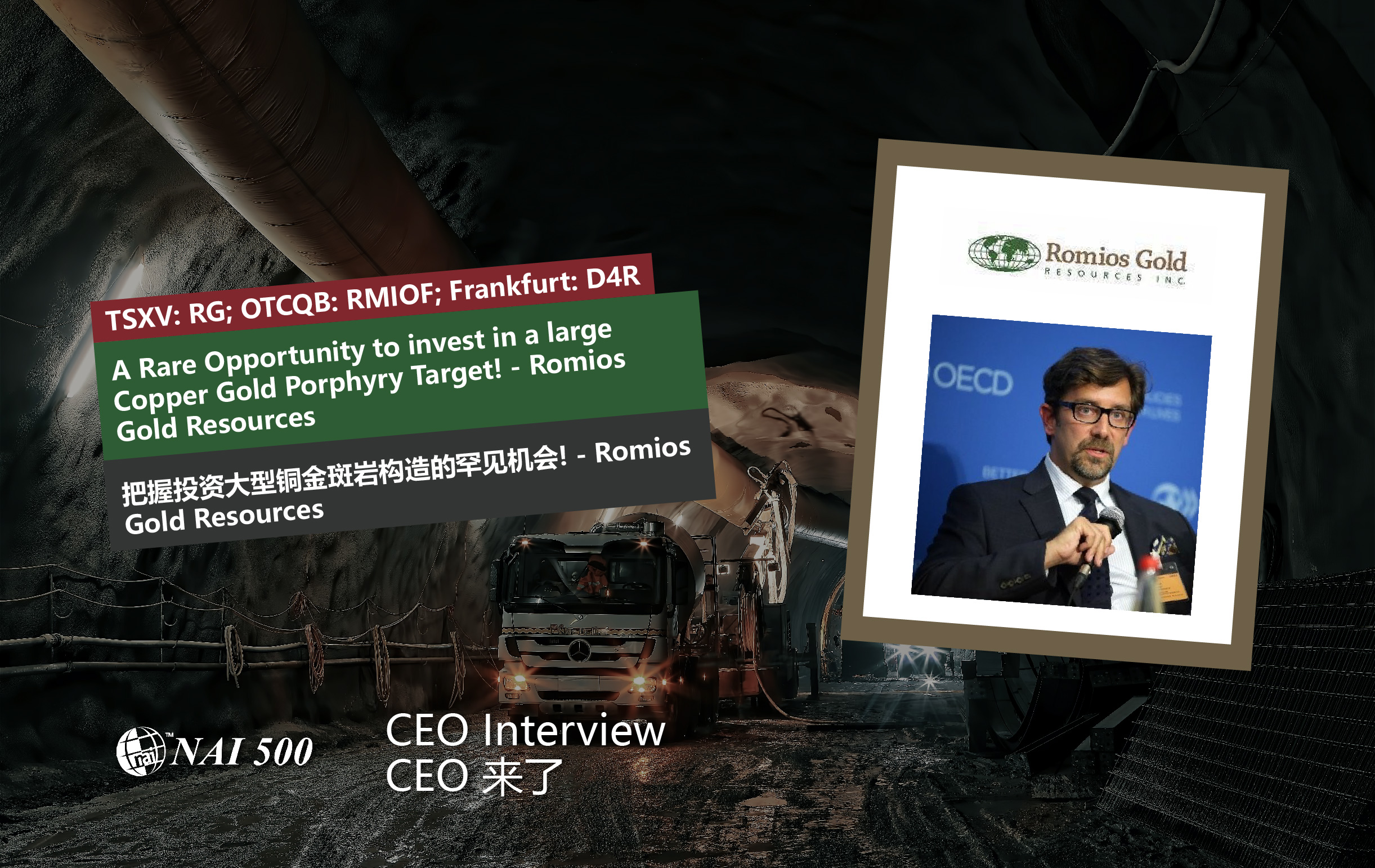 What makes them decide to focus on the Kinkaid project in Nevada? In today’s CEO Interview, we get a chance to sit down with Stephen Burega, President of Romios Gold to learn about their extraordinary findings in the Kinkaid project and why their upcoming IP survey over the Trek South target in BC will be a game-changer for Romios.

Romios Gold Resources Inc. is a progressive Canadian mineral exploration company engaged in precious and base-metal exploration, focused primarily on gold, copper and silver. It has a 100% interest in the Lundmark-Akow Lake Au-Cu property plus 4 additional claim blocks in northwestern Ontario and extensive claim holdings covering several significant porphyry copper-gold prospects in the “Golden Triangle” of British Columbia. Additional interests include the Kinkaid Nevada claims covering numerous Au-Ag-Cu workings and two former producers: the La Corne molybdenum mine property (Quebec) and the Scossa mine property (Nevada) which is a former high-grade gold producer. The Company retains an ongoing interest in several properties including a 20% carried interest in five of Honey Badger Mining’s claim blocks in the Thunder Bay silver district of northwestern Ontario; a 2% NSR on McEwen Mining’s Hislop gold property in Ontario; a 2% NSR on Enduro Metals Corp.s’ Newmont Lake Au-Cu-Ag property in BC, and the Company has signed a definitive agreement with Copperhead Resources Inc. (“Copperhead”) whereby Copperhead can acquire a 75% ownership interest in Romios’ Red Line Project in BC.

NAI500’s new CEO Interview series is a program where we invite CEOs and senior executives of exciting public companies to uncover great investment opportunities for everyday investors. If you don’t want to miss out on the great opportunities that we bring, subscribe to our YouTube channel and other social media channels below!

Disclaimer: NAI is being compensated for this content. Materials contained in this content are for information purposes only and are not intended to constitute an offering of securities in any jurisdiction. Nothing on this content should be construed as an offer, solicitation or recommendation to buy or sell products or securities.