Braveheart (TSXV:BHT, OTCQB:RIINF) is a Canadian based junior mining company focused on building shareholder value through exploration and development in the favourable and proven mining jurisdictions of southeastern British Columbia and northwestern Ontario.  Braveheart’s main asset is the Bull River Mine project near Cranbrook BC which has a current mineral resource containing copper, gold and silver.  The property is fully developed with 21,000 metres of underground developments in terms of ramps, raises and drifting on mineralized structures on seven levels.  The surface infrastructure includes a 700 tonne per day conventional mill with adjoining crushing facilities as well as offices and maintenance facilities.  The property is connected to grid power and there is year-round access to site by paved and all-weather roads.

The Company’s flagship property is the Bull River Mine project near Cranbrook, British Columbia.  It is a past-producing copper, gold and silver mine with some cobalt.  The project has a current NI 43-101 technical report with an indicated underground resource of 1.5 million tonnes of 2.36% copper equivalent metal representing over 65 million lbs of copper.  The there are significant underground workings and the mine has been pre-developed on seven levels with development work in the mineralized structures.  To-date there has been over $60 million invested in the underground workings and the mine is being maintained dewatered and on care and maintenance.  The current resource is only down to a depth of 350 metres and there is excellent potential for the resource to be increased on strike and to depth on down dip structures.  The Company’s most recent underground drilling program intersected mineralized structures 115 metres below the current workings.

The surface infrastructure of the Bull River Mine will be capable of processing mineralized material at a rate of 700 tonnes per day.  The project requires approximately $5.0 million of new capital investment to bring the mill to operational readiness.  The estimated replacement value for the surface assets is approximately $35 million.  There is a large surface stockpile of mineralized material from underground development work that will provide the initial feedstock to the mill.  The property is connected to grid power and there are paved roads to the mine and three mining communities within 100 km of the mine including Fernie, Cranbrook and Kimberly.

When the Company acquired to project in January 2019 it also retained approximately $150 million in tax losses that can be used to offset future taxes responsibilities once the mine goes back into production.  The Company is currently working with the British Columbia Ministry of Energy, Mines and Petroleum resources for a restart as early as mid-2021.  The Company is permitted to mine from the underground but requires a new permit to dispose of tailings on surface in a tailings management facility.

David Johnston is the founder of Braveheart Resources Canada Inc. For many years David has been very active in the Calgary business community and with several local and international charitable organizations. A former miner with Hudson Bay Mining and Smelting, he also has considerable public company experience as a director and launched an insurance company, Capital Benefits Corp., 25 years ago that remains successful today. He is a director of the Chamber of Mines for Eastern British Columbia and was the driving force in assembling an exceptional land package in the West Kootenays over a period of several years through Braveheart.

Ian Berzins is a seasoned mining executive with over 35 years of experience in engineering, operations, maintenance, human resources, senior operations and mine finance. He holds a B.Sc. in Mining Engineering from Queen’s University and is a registered professional engineer in British Columbia. Ian has led a number of management teams in Canada at operations including Thompson Creek Metal’s Mount Milligan Mine and San Gold Corporation’s Rice lake Mine. He has significant experience working with First Nations and has raised money in the capital markets.

Aaron Matlock is an entrepreneur who is well versed in operational logistics and risk management. Having completed a diploma in Agriculture Finance from the College of Lethbridge in 2002 and a Degree in Economics from the University of Lethbridge in 2004, he currently operates his multi generational family farm. He also co owns Lucky Drilling Ltd. a core drilling business located in Creston, BC. Aaron is an active Village Councillor as well as sitting on several local service groups and boards.

Dwayne Vinck is an independent financial consultant who operates a public accounting services firm. He has over 30 years of experience in public accounting and financial reporting, executive leadership, project leadership and mergers and acquisitions. He holds a Bachelor of Commerce (Honours) from the University of Manitoba and is a member of the Chartered Accountants of Alberta and the Institute of Corporate Directors. He is a Director of several publicly traded companies as well as volunteering as Treasurer and National Director of Kids Help Fund.

Philip Keele holds a B.Sc. in Mining Engineering from Queen's University and is a registered professional engineer in the Province of Alberta. He has more than 30 years experience in all facets of the mining industry particularly in engineering, operations and senior management. Mr. Keele retired from Canadian Natural Resources Limited (CNRL) in 2016 where he held the position of VP, Mining. Prior to joining CNRL, Mr. Keele held senior positions with a major Canadian mining company in western Canada.

Brian Murray has over 17 years of experience in both the resource and investment markets. In addition to his position with the Company, Mr. Murray is the President of Nebu Resources Inc. and a director of several other Venture Exchange listed companies. Mr. Murray has also been the President of Murcon Ltd., a private financial consulting company involved in merchant banking, since 1990. He is a Chartered Accountant and holds a Masters Degree in Business Administration.

John Morgan is a seasoned mining executive with more than 40 years' experience in all facets of mining with increasing responsibility in managing both domestic and international mining operations. He holds a B.Sc. in Geology from the University of British Columbia and is recognized as an individual with a strong technical and financial background able to deliver solid results in challenging and dynamic business environments. His experience includes direction of numerous public and privately-owned companies as well as an internationally owned joint venture. Mr. Morgan recently retired from his position of President, COO and Director at Atlantic Gold Corporation having led a team which acquired, evaluated, financed and constructed a gold property in Nova Scotia that is on track to produce an average of 84,000 oz Au per year for the next nine years.

Gestur Kristjansson holds a BA in Advanced Applied Economics from the University of Manitoba as well as an MBA from the University of British Columbia. Additionally, he is a chartered professional accountant (CPA, CA) and recently obtained his ICD.D designation from the Institute of Corporate Directors. Mr. Kristjansson has over 30 years of experience in accounting, financial management, corporate finance and mergers and acquisitions. He has participated in multiple equity and debt raises with over $400 million sourced. He previously held the role of Chief Financial Officer and VP Finance of a publicly listed Canadian gold mining company for a period of eight years during which he was also interim President and CEO. Mr. Kristjansson brings valuable experience to Braveheart as it transitions to a producing mining company. Mr. Kristjansson is a business owner/operator and resides in Winnipeg with his wife and two sons. 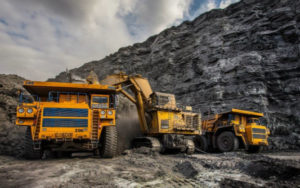 January 21, 2021
View All
We use cookies to ensure that we give you the best experience on our website. If you continue to use this site we will assume that you are happy with it.Ok