A Swiss hosted, secure document management, data backup and recovery, secure file share, secure email and password manager for businesses and consumers. Most of the sales are for business users.

Swiss hosted Secure chat, voice, video and email. Chat has privacy tool such as self-destruct timer, email has SecureSend and SecureReply feature allowing full privacy and security within an organization and outside of it. This guarantees no email is hacked or read by an outsider.

Swiss hosted secure email on its own.

All services are available on mobile and desktop and on iOS and Android platform.

The Company sells its services through channel partners. Largest ones are America Movil (NYSE: AMX), the largest telecom operator in Latin America, and third largest telecom company in the world with 380 million subscribers. REMAX (NYSE: RMAX) the largest International real estate company franchise, Keller Williams, the largest real estate company in the world, other resellers in Middle East, South Asia, Australia and North America. The Company is launching its email platform to the public in late Q3 2020 and is anticipating launching to over 500 resellers in the USA and Canada as well. The company is continually expanding its reseller network.

Read more: GlobeX Data is on a mission to protect user privacy

Henry Sjoman has been an entrepreneur and angel investor since 1991. Henry has been involved in the electronics and telecommunications industry since 1974, building half of all Blackberry and Nokia phones at one time through his network of manufacturing worldwide. Henry Sjoman co-founded Elcoteq SE in 1991, an electronics manufacturing company that was listed on Euro NASDAQ until 2010. He received his BSc, Telecom from the Kipings Tkniska Institute (Sweden), in 1974. Henry is a Director of the Company, and a member of the Company’s audit committee.

Amir Assar has over 27 years of experience in technology sales and leadership and is presently AVP Sales at Workday, Inc. (NASDAQ:WDAY), one of the leading software company in the world. Prior to joining Workday, Amir was one of the key executives at Adaptive Insights, where he was instrumental in establishing Adaptive as a leader in the financial data analytics market, culminating in an IPO filing in June of 2018 and eventual acquisition by Workday for US$1.55 Billion in August 2018. Amir Assar started his technology career in 1993 at Actel Corporation as the Western USA Director of Sales. Actel was a leading provider of Field Programmable Gate Arrays (FPGA) and was acquired by Microsemi Corporation, a California-based semiconductor and systems solutions provider for the aerospace, defense, communications, data center and industrial markets. From there Amir went on to work for several successful emerging technology companies in Silicon Valley, including Annuncio Software (acquired by PeopleSoft), NetScaler (acquired by Citrix), DataPower (acquired by IBM), and IBM where he held senior sales management and leadership positions. At DataPower, he was part of the original sales leadership team that built the company from a fledgling start-up with no customers into a US$300M business while transitioning it to be one of IBM's most successful acquisitions. He is married and lives with his wife in San Francisco, California. 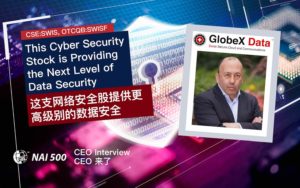 GlobeX Data Appoints Silicon Valley Executive to Board of Directors

May 15, 2020
View All
We use cookies to ensure that we give you the best experience on our website. If you continue to use this site we will assume that you are happy with it.Ok