Lomiko Metals Inc. is a Canada-based, exploration-stage company. The Company is engaged in the acquisition, exploration, and development of resource properties that contain minerals for the new green economy. It owns 100% owned La Loutre Graphite Property and 20% of Promethieus Technologies Inc..

The La Loutre Property was originally explored for base and precious metals by Soquem in 1989. Based on the results of a helicopter-borne electromagnetic (EM) survey, prospecting and reconnaissance geological mapping, their work identified several zones of parallel conductors each measuring as much as 2 kilometers long. Ground exploration followed in 1990, and according to historical reports by Levesque and Marchand, graphite is present in different lithologies on the property.

The geology is consistent with the Central Metasedimentary Belt of the Grenville Province and includes quartzofeldspathic rocks, quartzite, biotite gneiss, marble and locally pegmatitic quartzofeldspathic rocks. Graphite is locally present in quartzite and biotite gneiss and in shear zones where the graphite content usually ranges from 1-10% graphite on surface, including visible flakes, with the showings indicating an apparent strike length of approximately 5 kilometers, giving a large prospective area to explore for a graphite resource.

Graphite grab sample assay results derived from the Company’s recent sampling and mapping program on the La Loutre property. The sampling program has confirmed a graphite bearing structure covering an area approximately 7 kilometers by 1 kilometer with results of up to 22.04% graphite in multiple parallel zones of 30-50 meters wide. Another area has also been identified covering approximately 2 kilometers by 1 kilometer in multiple parallel zones of 20-50 meters wide which includes results up to 18% graphite.

Paul Gill is involved in the strategy, planning and implementation of creating new businesses and restructuring organizations. He is currently the CEO of Lomiko Metals (TSXV: LMR), CEO of Lomiko Technologies, Director of Graphene ESD and Altair Ventures
Mr. Gill was instrumental in spearheading investment activities under Lomiko Technologies into Graphene 3D Lab (TSXV: GGG), a graphene and 3D printing company, Graphene ESD and Smart Home Devices Ltd, an electronics manufacturer and Promethieus Technologies Inc.
Until October 2006, Gill was heavily involved in the dynamic growth stage of Norsemont Mining, during which the company grew from a market capitalization of $1m to a buyout of $512m. During his tenure with Norsemont Mining, Gill was the vice-president of business development, as well as the director, president and CEO, chief financial officer, and corporate secretary. In 2011, Norsemont was bought by HudBay Minerals for $512 Million.

Michael has over 20 years of financial and administrative experience. In 1988, Michael co-founded the Conac Group, a software development company for construction management, where she acted as president and CEO. In 1997, Michael was successful in taking the company public on the TSX Venture Exchange (formerly the CDNX) and helped raise over $5m in private placement financings. Michael has acted as the president and chief executive officer of public companies for over ten years.

Mr. Erdelyi studied Mechanical Engineering Technician Studies at George Brown College in 1994. He then entered the family business as a tool and die apprentice, but always held the same zest for entrepreneurship as his father who started the business. He eventually took over the family business and expanded from 3 people to over 20. In 2006 he was awarded the designation as one of the fastest-growing companies in Canada from Canadian Business Magazine. Mr. Erdelyi created Dieroll Metals Products Inc. based in Mississauga, Ontario in 2003 having purchased a stamping and roll forming company in 2003 during difficult financial times. Dieroll Metal Products Inc. is an industry leader in Roll Forming Production and Stamping Tooling for the metal processing industry. It serves a variety of industries including construction and building products, Structural and Architectural components, the Roofing industry, heating and cooling components, the mining industry, the transportation sector including trucking and railway car components and the Automotive industry. 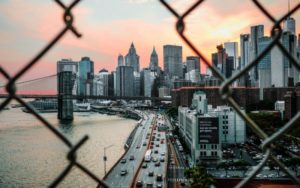 EVs will dominate by 2033. These are the metals you should look at next! 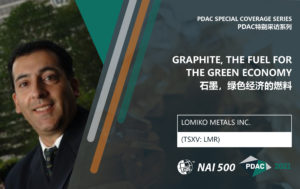