Experienced management team supported by advisory board covering all sectors of interest : biotech food and beverage, nutraceutical and pharmaceutical.

(4) Co-Packaging/Toll-Processing – packaging for house-brands (NATERA® and CHII) and third-party partners.

Mr. Mason is currently Chairman of the Board, President and CEO of a number of TSX Venture Exchange companies. During his 20 years as President and CEO of well-known beverage companies including Jolt Cola and Clearly Canadian Beverage Corporation, Mr. Mason built a reputation for innovation. He has been credited as one of the pioneers of the New Age Beverage category. Additionally, Mr. Mason is a past Chair of the B.C. Sports Hall of Fame and Museum and of the B.C. Sports Hall of Fame Foundation, and remains an active member of the Foundation. He is currently Deputy Chair of the Board of Governors for Collingwood School, and is also an active supporter and recruiter of participants for fund raising events for the Rick Hansen Institute.

J. Craig Goodwin is a Co-founder of Naturally Splendid and the previous CEO of the Company. As CEO, Craig was instrumental in the transition from private Company to public Company raising over $11,000,000 CDN in the process. In addition to his role as CEO, Craig’s responsibilities included International Business Development where he oversaw the development of a South Korean project generating over $7,000,000 CDN in 2016.

Previous to his appointment as CEO of Naturally Splendid, Craig accumulated over 30 years of sales and marketing experience including Senior Account Executive for one of the largest outdoor advertising companies in the world, The Jim Pattison Sign Group. While with The Jim Pattison Sign Group, Craig was one of the most successful sales executives in Western Canada and received numerous awards for outstanding sales achievements.

In addition to sales and marketing Craig has consulted for numerous public companies providing services from Investor Relations, raising Venture Capital as well as business development.

Bryan’s vision of a company distributing healthy food choices is a driving force behind Naturally Splendid® and the foundations of which this company originated. For the past four years Bryan has overseen the operations of Naturally Splendid® including establishing supply channels, packaging and product development. Bryan’s insight and vision has proved invaluable as part of the management team.

Mr. Carson created, operated and sold a successful retail store in Vancouver, B.C. His hands-on retail expertise from the conceptual planning stages through construction and launch are of great value in developing our relationship with major food distribution channels.

Mr. Hamzagic has over 30 years of public practice accounting and financial management experience with a variety of public and private companies. As a designated CPA-CGA, Mr. Hamzagic has developed a unique suite of expertise in overseeing corporate finance activities, financial planning & analysis, public reporting, as well as mergers and acquisitions, including 10 years with sparkling water producer Clearly Canadian Beverage Corporation, and most recently as the CFO of a number of TSX Venture listed companies.

Mr. Rusin has been working with NSP as the head of Corporate Communications for 5 years and has extensive experience working with potential investors and current shareholders. He effectively leads NSP in its market research, and situates NSP as the leader of the industrial hemp and MMJ sectors by actively researching the market.

Mr. Hughes has 25 years of business experience including senior-level executive and Director positions in both private and public companies specializing in pharmaceuticals, alternative energy and mining. Mr. Hughes has built industrial and resource companies from the ground up and has obtained regulatory approval and exchange approval for numerous reporting issuers. His experience includes; corporate structuring, public and private financing, marketing, strategic planning, negotiating agreements and public company management. He has also worked with the National Research Council of Canada providing alternative energy companies with market intelligence and strategic planning. Mr. Hughes is a Director of Kelso Technologies Inc. (TSX.V) and a Director of Broome Capital Inc. Mr. Hughes has a Bachelor of Science degree and completed the Canadian Securities Course and Directors and Officers Program.

RUSS CRAWFORD President of the CHTA and Director of Naturally Splendid Enterprises Ltd.

In October of 2009 Russ was elected to the Board of Directors for the Canadian Hemp Trade Alliance serving on various committees over a four-year term.. The CHTA is Canada’s national hemp association made up of producers, processors, researchers and retail product marketers. It is the primary industry association and has been growing in pace with its members. In 2011 Russ co-authored the CHTA’s Long Term International Strategy (LTIS) report that built on the CHTA’s National Industrial Hemp Strategy by targeting research and education/awareness projects suitable for the national organization benefiting all members. In 2013 he was elected as President where his duties have expanded his leadership role within the industry including a revision of the LTIS to align with the federal government’s Growing Forward 2 program (2013 – 2018). Russ has been an advisor to Naturally Splendid® since 2008.

Alan has built a successful career in the food industry spanning over 34 years. In addition to developing sales for Prosnack, Alan held the position of Director of International Sales for McCain Foods where he was responsible for overseeing sales development in over 70 countries around the world. As President of Sepp’s Food Group in the early 1990’s he was instrumental in developing the company into one of the leading natural organic frozen breakfast food manufacturers in North America, growing sales from $1,000,000 CDN to over $88,000,000 CDN annually. 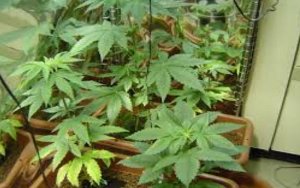 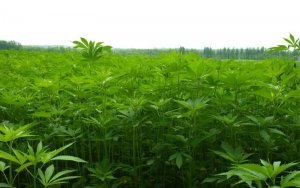 Cannabis as Food? The Biggest Market of All 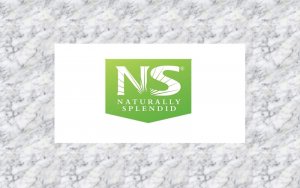 March 16, 2020
View All
We use cookies to ensure that we give you the best experience on our website. If you continue to use this site we will assume that you are happy with it.Ok