Is the US/China Trade War’s Effect on Rare Earths a benefit to Canadian Companies? – PDAC2020

Search Minerals (TSX.V: SMY) focus is on exploration and development of the Critical Rare Earth Element District in Southeastern Labrador, Canada. This District is road accessible, on tidewater and contains significant quantities of those elements that are in short supply and considered strategic or critical due to their use in green economy technologies. Based on these attributes, the Company hopes to become a competitive, low-cost, environmentally responsible supplier of Critical Rare Earth Elements (CREE) to the global marketplace. Our corporate objective is to deliver long-term value to shareholders through the exploration and development of critical rare earth element properties in Canada.

Located near the coastal community of St Lewis, the FOXTROT deposit is on tidewater and road accessible. The deep-water port at St. Lewis is open year-round and there is a motivated workforce available in the area. Strong, positive working relationships have been established with these communities and with the Nunatukavut Community Council who represents the aboriginal people in the area. To date The FOXTROT deposit has been delineated by, geological mapping and geophysics, 20 surface channels and 18,885 metres of drilling in 72 drill holes. It is open at depth. The context of the mineralized zones is very well understood and surface sampling results have been consistent with assays at depth giving us further insight into the overall District potential.

In April 2016, independent consultants Roscoe Postle Associates Inc. (RPA) updated their Preliminary Economic Assessment (PEA) of the FOXTROT Project applying Search Minerals’ proprietary Direct Extraction Process. On that basis, the company is moving forward with the Environmental Assessment process with a view to mine development. Based on a total indicated resource of 7.39 million tonnes and an inferred resource of 1.98 million tonnes, the Life of Mine Plan outlined in the PEA indicates that 4.9 Mt of ore grade material at an average grade of 0.98% Total Rare Earth Elements (TREE) could be mined over a 14-year period, including open pit mining for the first eight years and underground mining thereafter.

As noted in the PEA, initial mine development costs at $152 million are relatively low in comparison to other REE projects and includes a $33 million contingency. This relates to the fact that the FOXTROT Deposit is road accessible, in close proximity to a deep-water port and to capital and operational cost savings that the Company expects to gain from its proprietary Direct Extraction Processing Technology (Patent Pending). In early 2015 SNC-Lavalin Australia Pty Ltd (SNC-Lavalin) was retained by Search to conduct a scoping study for the FOXTROT Project based on the use of this technology. The primary objective was to develop preliminary capital and operating cost estimates for the proposed processing facility. This study was subsequently used by RPA in the completion of the April 2016 Preliminary Economic Assessment. As per the detailed description of the Direct Extraction Process, the elimination of the grinding, magnetic and gravity separation and bubble flotation processes inherent in more traditional extraction methods, will enable Search to reduce capital and operating costs significantly. Furthermore, as the waste will be in the form of a more stable dry residue, a wet tailing pond can be eliminated in favor of and onsite stacking pad that will decrease the mine’s overall footprint and environmental risks.

Mr. Andrews received his Bachelor of Commerce, Finance from the University of Calgary. He has over 20 years of experience in strategic planning, financial and administrative management consulting to public and private companies. He has held positions as General Manager of a Registered Portfolio Management company, General Manager of a Private Family Office and President of a wholesale distribution company. Mr. Andrews has also held various directorships in TSX Venture listed companies since 1993, including those involved in mining, oil and gas, technology and biotechnology.

Dr. Miller holds a Ph.D. in Geology from the University of Toronto. He has extensive experience studying rare earth elements including field mapping and supervision of diamond drilling on the Strange Lake deposit in NW Labrador for the Iron Ore Company of Canada. Randy spent 12 years with the Newfoundland and Labrador Geological Survey as their Rare Earth Specialist. Dr. Miller’s publications include papers and reports on the Strange Lake deposit, on the mineralization and geology of the Nuiklavik volcanic rocks and on the Mann-type mineralization in the Letitia Lake area, Labrador. The model of rare earth element metallogeny developed from these studies is the basis of Search Mineral’s REE exploration program in Labrador.

Dr. Dreisinger holds the position of Industrial Research Chair, Hydrometallurgy at the University of British Columbia where he has been a Professor since 1988. He has over 250 publications to his credit and has been involved as a process consultant for metallurgical companies for many years. He has participated in 19 U.S. patents for work in areas such as pressure leaching, ion exchange removal of impurities from process solutions, use of thiosulfate as an alternative to cyanide in gold leaching, and leach-electrolysis treatment of copper matte. Dr. Dreisinger also co-invented the Mt. Gordon Copper Process for copper recovery from sulfide ores and the Sepon Copper Process for copper recovery from sulfidic-clayey ores. He has been actively involved in the development of the proposed metallurgical flow sheet for Boleo and is one of the recognized experts in the world in the area of hydrometallurgy. 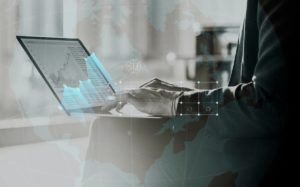 April 6, 2020
View All
We use cookies to ensure that we give you the best experience on our website. If you continue to use this site we will assume that you are happy with it.Ok