iCandy Interactive Limited (ASX: ICI) is an award-winning Australian publicly traded e-gaming and esports company that has its core business. iCandy runs a portfolio of mobile games that have been played by over 350 million mobile gamers worldwide. It has recently entered into a partnership with a game unit of Alibaba Group to license its games to be published in China.  iCandy recently launches its esports foray through the co-founding of Esports Pro League (ESPL), of which it owns 42%. ESPL is an global esports network, backed by experienced executives of the esports industry. iCandy is seeking a dual-listing on TSX-Venture. 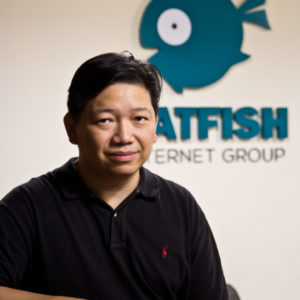 Kin Wai (or Kin) is a tech investor and entrepreneur with broad base experience across Asia and Europe. Kin founded his first company at the age of 23 and he has since then been building tech companies in digital media, fintech, software and healthcare. He was named by the media as one of the youngest Managing Directors of a publicly traded firms in Southeast Asia when he took his first company to a successful IPO at the age of 28 (IPO oversubscription of 132 times). He has to date led more than a dozen of tech companies as their principal executive, with 6 of them being listed on major stock exchanges in the Asia Pacific region.