CytRx Corporation (OTCQB: CYTR) is a biopharmaceutical company with expertise in discovering and developing new therapeutics principally to treat patients with cancer and neurodegenerative diseases. CytRx’s most recent advanced drug conjugate, aldoxorubicin, is an improved version of the widely used anti-cancer drug doxorubicin and has been out-licensed to ImmunityBio, Inc. Aldoxorubicin is in a registrational Phase 2 trial for 1st and 2nd line pancreatic cancer and recurring glioblastoma where a protocol is being designed, and 2nd line soft tissue sarcoma in combination with ifosfamide, which is under consideration.

In addition, CytRx’s drug candidate, arimoclomol, was sold to Orphazyme A/S in exchange for milestone payments and royalties. Orphazyme is developing arimoclomol in two indications including Niemann-Pick disease Type C (“NPC”), and Gaucher disease. Orphazyme’s applications for arimoclomol (to be branded MIPLYFFA™) for Niemann-Pick disease type C are under priority review with the U.S. Food and Drug Administration, with an expected PDUFA action date of June 17, 2021, and with the European Medicines Agency, an opinion from their Committee for Medicinal Products for Human Use is expected later this year. 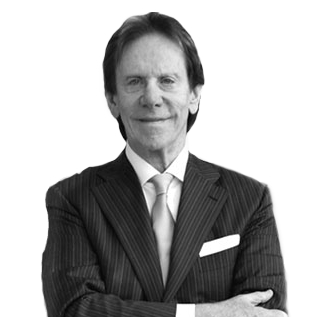 Steven A. Kriegsman
Chairman And CEO

Steven A. Kriegsman has been CytRx’s Chief Executive Officer and a director since July 2002. In October 2014, he was elected Chairman of the Board. Mr. Kriegsman served on the boards of directors of Galena Biopharma, Inc. from 2009 until 2016 and Catasys, Inc. from November 2013 to August 2015. He previously served as Director and Chairman of Global Genomics from June 2000 until 2002. Mr. Kriegsman is an inactive Chairman and the founder of Kriegsman Capital Group LLC, a financial advisory firm specializing in the development of alternative sources of equity capital for emerging growth companies in the healthcare industry. During his career, he has advised such companies as SuperGen Inc., Closure Medical Corporation, and Novoste Corporation. In the past, Mr. Kriegsman has also served on the Board of Directors of Bradley Pharmaceuticals, Inc. Mr. Kriegsman has a B.S. degree with honors from New York University in Accounting and completed the Executive Program in Mergers and Acquisitions at New York University, The Management Institute. Mr. Kriegsman is a graduate of the Stanford Law School Directors’ College.

Mr. Kriegsman was formerly a Certified Public Accountant with KPMG in New York City. In February 2006, Mr. Kriegsman received the Corporate Philanthropist of the Year Award from the Greater Los Angeles Chapter of the ALS Association and in October 2006, he received the Lou Gehrig Memorial Corporate Award from the Muscular Dystrophy Association. Mr. Kriegsman has been a guest speaker and lecturer at various universities including California Institute of Technology (Caltech), Brown University, and New York University. He also was an instructor at York College in Jamaica (Queens), NY, where he taught business to a diverse group of students in York’s adult education program. Mr. Kriegsman has been active in various charitable organizations including the Biotechnology Industry Organization, the California Health Institute, the ALS Association, the Los Angeles Venture Association, the Southern California Biomedical Council, the American Association of Dance Companies and the Palisades-Malibu YMCA. Mr. Kriegsman served in the US Army from 1963-1969.