Foran Mining Corporation (TSXV: FOM) is planning to build the first mine in Canada designed to be carbon neutral from day one.  We are in the feasibility stage of development for our McIlvenna Bay project in eastern Saskatchewan.  McIlvenna Bay is a copper-zinc-gold-silver rich VMS deposit that will be the center of a new mining camp in a prolific district that has already been producing for 100 years.  We have a team in place that is designing the mine that meets provincial, national, and international standards, ensuring that McIlvenna Bay is a model that will be emulated throughout the industry. 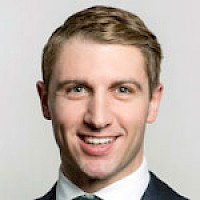 Dan Myerson is Executive Chairman of Foran Mining Corporation, joining the company in November 2020.  Mr. Myerson brings a vision to Foran Mining of building a company for the future.  Under his leadership, Foran is utilizing the latest in mine design and development, equipment advancements, and sustainability practices to build Canada’s first mine with carbon neutrality and sustainability at its core. Mr. Myerson was previously the head of Glencore’s Canadian zinc business.  Prior to joining Glencore, he worked in the global capital markets division of Morgan Stanley with a principal focus on the Asia-Pacific region. He holds a Master of Finance (Honours) degree from the Queensland University of Technology in Brisbane, Australia.