OILS is Canada’s most innovative cannabis extractor, developing technology for extracting and distilling cannabinoids. OILS provides extraction services and wholesale of THC and CBD oils through its wholly owned subsidiary Nextleaf Labs, a Health Canada licensed standard processor. Nextleaf’s proprietary closed-loop extraction plant in Metro Vancouver has a design capacity to process 600 kg per day of dried cannabis biomass into distilled oils. OILS is the first public company to be issued U.S. patents for industrial-scale extraction and distillation of cannabinoids. The Company owns a portfolio of 40 issued patents and over 60 pending patents for the extraction, purification, and formulation of cannabinoids. Nextleaf Solutions trades as OILS on the Canadian Securities Exchange, OILFF on the OTCQB Market in the United States, and L0MA on the Frankfurt Stock Exchange. 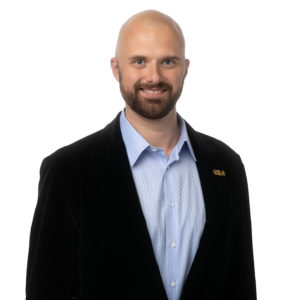 Paul Pedersen has been focused on the cannabis industry since 2013, working with entrepreneurs and startups including Canada’s first legal cannabis oil producer that was acquired in 2016 by The Cronos Group (TSE: CRON). Previously, Paul founded a media company that was acquired in 2007 by Towerstream Corporation (NASDAQ: TWER), and spent 10 years in capital markets. Paul holds a MBA in Finance from Michigan State University and a Bachelors of Commerce Degree from the Sobey School of Business at Saint Mary’s University. Paul grew up in Langley, B.C. in a dairy farming family.