SANUWAVE Health is an emerging, publicly traded medical technology company focused on the development and commercialization of its proprietary, FDA-cleared system for use in regenerative medicine and wound care.  In August 2020, the Company acquired Celularity Inc.’s UltraMIST® ultrasound therapy device and partnership rights for wound care biologic products.

SANUWAVE’s dermaPACE® System received FDA clearance in December 2017 and officially launched in the U.S. in 2019.  The dermaPACE® System is the only focused shockwave therapy cleared by the FDA for the treatment of diabetic foot ulcers.

The acquisition broadened SANUWAVE’s portfolio of wound care assets by adding UltraMIST®, BIOVANCE®, and Interfyl®, which are all complementary to the dermaPACE® System and improve clinical outcomes across the entire care pathway from initial stages of treatment to wound closure.

UltraMIST® is a powerful, non-contact and non-thermal ultrasound therapy device used to promote wound healing.  BIOVANCE® Is a natural extracellular matrix product made from donated human tissue that acts as a scaffold for the wound regeneration process.  Interfyl® is a human connective tissue matrix, available in a flowable or particulate form, that supplements or replaces damaged tissue.

The acquisition constitutes a platform of scale with a highly attractive business model with strong reoccurring revenue.  It broadens SANUWAVE’s commercial Infrastructure and sales resources to 100 professionals and creates an end-to-end advanced wound care product portfolio that addresses the entire care pathway. 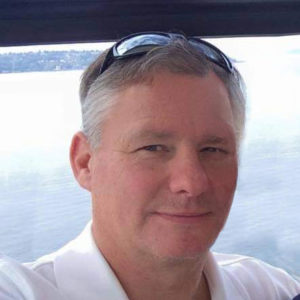 Prior to joining Blum Capital, Mr. Richardson was an analyst at Tudor Investment Corporation, an investment management firm. He also spent four years at Fidelity Management and Research where he was the assistant portfolio manager of the Fidelity Contra Fund, a registered investment company. Mr. Richardson also managed Fidelity Airline Fund, the Fidelity Aerospace and Defense Fund.

He received an undergraduate degree from Babson College and an M.B.A. from Kenan-Flagler Business School at the University of North Carolina.