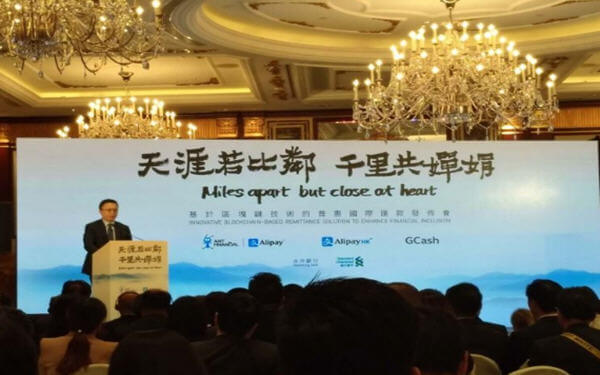 A venture owned partly by China fintech firm Ant Financial launched on Monday a blockchain-powered cash remittance service between Hong Kong and the Philippines, an initiative the territory hopes will improve its fintech reputation.

AlipayHK, the Hong Kong-based joint venture of Ant [ANTFIN.UL] and conglomerate CK Hutchison Holdings, will allow real-time transfers of cash between individuals in Hong Kong and the Philippines, in a digital wallet service Alipay said was the first of its kind globally.

The launch comes at a time when Hong Kong, a city often criticized for lagging behind mainland China and Singapore when it comes to financial technology, or fintech, is trying to turn that reputation around.

The new service is a collaboration with GCash, a Philippines-based micropayment service operated by telecommunications firm Globe Telecom.

There are over 180,000 Filipinos in Hong Kong, making it the largest foreign community in the city, according to Hong Kong’s Census and Statistics department.

The Philippines received $33 billion of remittances in 2017. Competition to service the flows between Hong Kong and the Philippines is fierce, with traditional payments firms and other Hong Kong-based stored value facilities offering such services.

The territory has embarked on plans to spruce up its fintech image, with payments at its heart. In September, Hong Kong’s faster payments system will come online which will allow transfers in real time between banks, stored value facilities, shops and individuals.

AlipayHK was one of the first companies in the city to hold a stored value facility license, Hong Kong’s Financial Secretary Paul Chan said at an event to launch the new service. Alipay Payment Services (HK) is the operator of the service.

Ant Financial is planning further international expansion. Earlier this month it said it had raised about $14 billion, the largest ever single fundraising by a private company. The company said it would use the money to speed up globalisation plans for Alipay and to invest in developing financial technology. 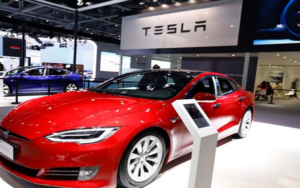 Tesla’s Next Global Hit May Be Designed in China

Tesla’s Next Global Hit May Be Designed in China