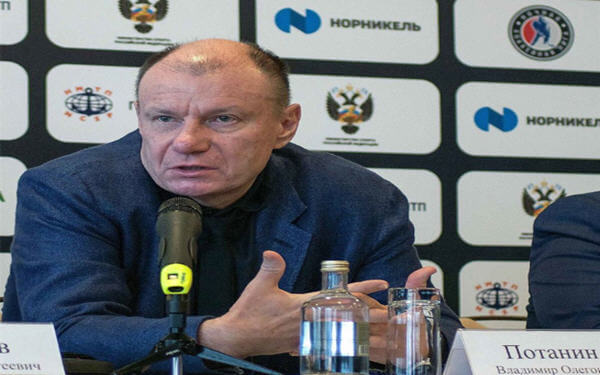 Russian nickel and palladium producer Norilsk Nickel (Nornickel) plans to ramp up output over the next five years to tap an expected boom in demand from electric vehicle makers, its CEO and top shareholder Vladimir Potanin told Reuters.

The company, which vies with Brazil’s Vale to be the world’s largest nickel producer, has been profitable for years thanks to its resource-rich Arctic operations, but output has been relatively stable due to a decline in metal content in ore and as it focused on revamping production facilities.

The firm could lift nickel and copper output by 15 percent, and production of platinum group metals (PGMs) by 25 percent, by 2025 from 2017 levels if it launches two new projects.

The two projects being considered by Nornickel, which currently accounts for 23 percent of global high-grade nickel output and is the world’s top palladium producer with the share of 40 percent, are the third stage of its Talnakh concentrator upgrade and South Cluster, which may start PGM production.

These projects would require the company to raise capital expenditure (capex) by $1.3-1.5 billion to $10.5-11.5 billion in 2019-2022, Potanin said, adding he hoped Russia would support some of Nornickel’s projects as part of the list of strategic projects which metals and mining companies are discussing with the government.

Nornickel’s current capex plan includes $6.5-7.5 billion for its base investment programme and $2.5 billion for its environmental programme. These programmes remain a priority, and are expected to add $1 billion to core earnings in 2019-2020 as well as boosting output of nickel and PGMs by up to 5 percent.

If Nornickel goes ahead with the two new projects, Potanin said he would like to make sure the company’s dividend payments are evenly distributed in the years of high investment, while remaining the same in total over the next 4-5 years. The environmental programme will peak in 2020-2021.

Potanin also said he planned to introduce the maximum amount of digital technology into Nornickel, which could help it get a bigger slice of the market to supply electric vehicles (EV).

The company recently agreed to join forces with Germany’s BASF in the European EV battery market, and could do more such partnerships in other markets, Potanin said, adding there were no concrete negotiations underway.

Thyssenkrupp forecasts profit rise as it seeks to win back trust
Nornickel is also betting on palladium, used in emissions-reducing auto catalysts for gasoline cars, amid stricter emissions limits. Prices for palladium hit a record high in London on Friday.

Nornickel and Russian Platinum, a company backed by Russian businessman Musa Bazhaev, are considering a joint project called Arctic Palladium, which could become one of the world’s largest producers of PGMs.

The cost – subject to a feasibility study which is not ready yet – could potentially reach $6 billion, and so it could require other partners, Potanin said. A decision is expected in the second half of 2019.