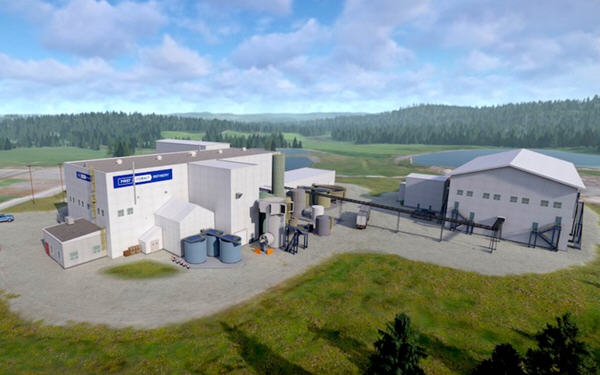 Canada’s First Cobalt (TSX-V:FCC) said on Monday it expected to begin production of cobalt sulphate late this year or in early 2021, which would make it North America’s only primary producer of the key ingredient for the batteries that power electric vehicles (EVs) and high-tech devices.

The Toronto-based company said the expansion of its refinery in Ontario, which it is carrying out in partnership with mining and commodities trading giant Glencore (LON:GLEN), would help North America reduce its reliance on China.

The country dominates the supply chain for rechargeable lithium-ion batteries and also has two of the world’s top producers of the white metal — Tianqi Lithium and Ganfeng Lithium.

Glencore injected $5 million into First Cobalt’s project last year. The company said at the time it would invest another $40 million into recommissioning and expanding the refinery.

The project, located 600 km from the US border, needs an initial capital injection of $56 million.

Cobalt metal prices on the London Metal Exchange currently stand at $30,000 a tonne. Cobalt sulphate and hydroxide are typically priced at a discount to the metal.

Based on a feasibility study by Ausenco Engineering Canada, if the facility operated at 55 tpd, it could produce 5,000 tonnes a year of cobalt sulphate, equivalent to 1,000 tonnes of cobalt.

Canada already has other cobalt refineries, including Sherritt International’s facility in Fort Saskatchewan, Alberta, which has been in operation for more than 50 years.

First Cobalt’s facility, however, is the only primary cobalt refinery in North America.

Cobalt use in EV batteries may soon drop, based on the latest announcements to hit the market.

In an effort to drive down the cost of EVs’ batteries, by far the single most costly component in an electric car, automakers including Tesla, have been studying ways to reduce or eliminate cobalt from the mix.

In March, General Motors announced it had reduced the use of cobalt to just 10% of the battery’s cathode, down from 20% to 33% in competing batteries.

Barely six months before, researchers considered such a reduction unlikely — whenever they moved to so little cobalt, the battery failed.

While cobalt is the most expensive component of a lithium-ion battery, its thermal stability and high energy density makes it a hard-to-replace metal. Cathodes made with cobalt won’t overheat easily or catch fire, which is a major safety issue, and they’ll also be able to store and transfer more energy.

Cobalt is not only found in the cathodes of lithium-ion batteries, but also in other popular rechargeable batteries, including nickel-cadmium and nickel-metal hydride batteries.