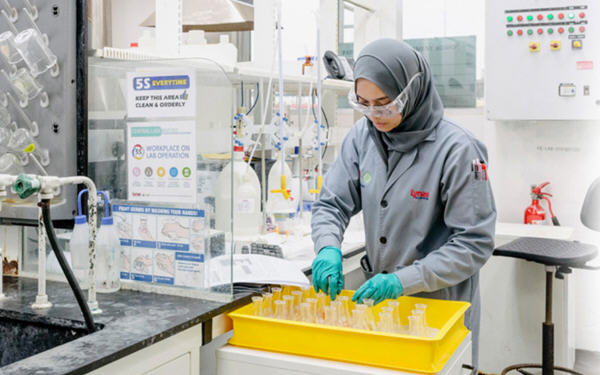 BMO Capital Markets says that a surge in the price of Chinese rare earth metals in November is a reflection of the geopolitical tensions between that country and the developed world.

Commenting on the sudden price gains in a research note, BMO’s commodity analyst Colin Hamilton also said that as nations around the world consider self-sufficiency in rare earths and other critical minerals, while also enacting more trade restrictions and economic protectionism, the market “is set for long-lasting transformation over the coming years, one that we believe will likely lead to a gradual erosion of Chinese dominance in processing capacity.”

November saw the prices of all major Chinese-sourced rare earths spike, but especially those used in magnets. In particular, the research note mentioned neodymium, which is the most common rare earth used in making magnets, which rose by 27% since early in November, up over 50% year to date. Several other key rare earths also increased in value last month, including dysprosium (+17%), gadolinium (+9%) and terbium (+27%).

Another factor in the price surge is a new law that came into force in China on December 1, Hamilton noted. Known as the Export Control Law, it creates new regulations that give the government more control over such exports as technology and rare earths.

“Market participants are increasingly of the view that the introduction of the new law will lead to a restriction of rare earth-based exports from China to key partners including the U.S., on the pretext that it is safeguarding its national security,” Hamilton stated.

Though exports of Chinese rare earth metals have been decreasing in recent years, Hamilton’s report pointed out that rare earth-based magnet exports have actually been trending up because of increased global demand, including by the U.S. In anticipation of concerns that the Chinese government could use the new law to further curtail exports, “key customers in the U.S. (or perhaps the State Reserve) have seemingly been buying up as much material as possible, with U.S. rare earth magnet imports reaching 480 tonnes in September, the highest monthly total since 2016.”

Already there have been measures introduced by nations at the policy level to address China’s dominance and bolster their domestic production of rare earths. In Africa, the European Union, Australia and the Americas, concerns about China’s control of the market has been pushing exploration and development projects, and leading to greater attention from political leaders.

“In May 2019 U.S. senators introduced legislation aimed at encouraging the development of domestic rare earth supplies, while the U.S. Department of Defense asked for additional federal funds to bolster domestic production of rare earths,” Hamilton noted.

In April of this year, the Pentagon awarded funding to Australian miner Lynas Corp. (ASX: LYC) and Nevada-based MP Materials (NYSE: MP) for rare earth separation facilities in Texas and California, respectively. And by late September, U.S. President Donald Trump signed an executive order declaring a national emergency in the mining industry. This followed recommendations outlined by the U.S. Department of Commerce to establish partnerships with such allies as Canada and Australia in order to secure greater access to rare earths and other critical minerals.

Meanwhile in Canada, in August 2020 the government of Saskatchewan committed C$31 million for the construction of the country’s first rare earth processing facility, which is planned to be operational by the end of 2022.

With ongoing funding for new projects coming from governments, Hamilton said he expects this will provide even “further impetus to ex-China capacity build-out over the coming years.”