Bitcoin Seems to Rise and Fall on Elon Musk’s Tweets, but How Does this reflect on DEFI? 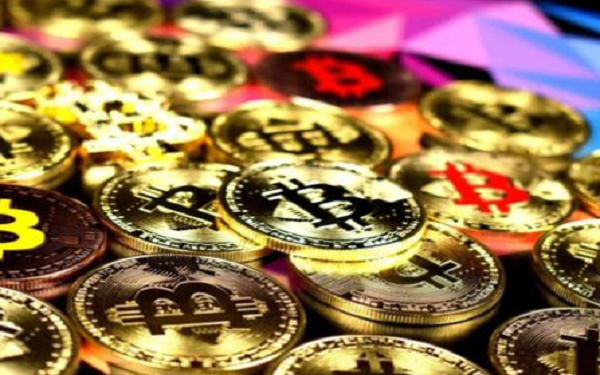 Last Sunday Elon Musk dropped a cryptic Tweet that many Bitcoin investors took to be a signal that Tesla had sold or is planning on selling its cryptocurrency holding. Within hours, the price of BTC dropped below $45,000 for the first time since February.

The Tesla CEO has since reiterated his support of Bitcoin with a diamond hands meme Tweet amid higher than usual cryptocurrency market volatility. However, the inherent instability of the world’s most well-known cryptocurrency could be scaring away many investors.

Fortunately, for those weary of riding the Bitcoin rollercoaster, there are other ways to gain crypto exposure. One such investment opportunity lies with DeFi – a decentralized finance ecosystem that enables peer-to-peer financial transactions without the need for any third-party intermediaries.

One Canadian company offering investors exposure to DeFi is DeFi Technologies Inc. (NEO: DEFI).  DeFi has continued to perform well in Q1 2021, with decentralized exchange (DEX) volume increasing over 50% from $25 billion to $63 billion.

While Tesla CEO Elon Musk continues to whiplash Bitcoin prices with ill-thought-out Tweets, China delivered a second blow to the crypto markets on Wednesday, issuing a statement declaring that cryptocurrencies would not be allowed to be used by financial institutions and payment companies.

This isn’t the first time that China has imposed restrictions and then reversed course. In 2017 China began cracking down on cryptocurrency trading banned ICOs (initial coin offerings); however, a few short weeks ago, Li Bo, the deputy governor of the People’s Bank of China (PBOC), called Bitcoin an “investment alternative.”

In a Tweet response to the new crypto restrictions, the Hong Kong Bitcoin Association said, “For those new to bitcoin, it is customary for the People’s Bank of China to ban bitcoin at least once in a bull cycle.”

Bitcoin fell below $34,000 before recovering most of Wednesday’s losses, trading at $42,000 Thursday.

The ability for a Tweet to have such a dramatic effect on Bitcoin prices has reinforced some investors’ skepticism of cryptocurrencies, leaving the impression that prices rely more on sentiment than fundamentals.

DeFi tokens, on the other hand, are based on decentralized financial applications (Dapps) that exist on blockchain but are not tied to any particular cryptocurrency, allowing them a greater ability to hedge risk.

Although the terms often get used interchangeably, crypto coins and tokens are functionally distinct; they are separate classes of digital assets.

Digital currency was envisioned as a way to decentralize currency transactions from banks and other third-party channels in the wake of the 2008 financial crisis.  Rather than relying on financial institutions to act as intermediaries, Bitcoin utilizes a sophisticated proof of work algorithm to confirm transactions on a central network, better known as a blockchain.

In the broadest sense, Bitcoin is no different from the money we can physically hold, except that it is purely digital and not controlled by a central bank. Volatility aside, Bitcoin was intended to function as a currency, with all the same features as fiat currency – it’s a unit of account, store of value, and medium of exchange.

Tokens, life DeFi tokens, have broader functionality than a coin. While both crypto coins and tokens have value, only cryptocurrency can be considered money.

Utility tokens derive their value by giving investors access to future products or services. They can be held and exchanged, like a cryptocurrency, but can also be backed by a physical asset, like US Dollars, digital assets, or some other utility or service.

DeFi tokens reside on a blockchain, but where cryptocurrencies utilize their own blockchains, tokens are created on existing blockchains, most commonly Ethereum. They power decentralized financial applications, which typically mirror traditional banking and financial products.

Where cryptocurrency can be viewed as an asset, DeFi tokens can be seen as the tools used to recreate a decentralized financial infrastructure. And they are shaking up the crypto market.

DeFi token holders can earn passive income by staking their tokens, providing liquidity, yield farming, or lending without relying on any third party.

According to data from The Blocks’ Data Dashboard, DeFi protocols generated over $252 million in revenue during April alone. DeFi revenue is earned by both token holders and users of the protocol, including liquidity providers.

May data has already blown by April’s record revenue, with over $273 million earned so far and over a week left to go. Uniswap has maintained its position as the most popular DEX, capturing close to $118 million in revenue.

Adding to their diverse and multifaceted team, DeFi Technologies recently announced two new hires. Krisztian Tóth will be taking a seat on the Board of Directors, and Russell Starr will be joining management as Head of Capital Markets.

Tóth is an experienced M&A lawyer and partner from an international business law and litigation firm, while Starr brings his talents as an established CEO, entrepreneur, and financier to the team.

Valour provides investors with fee-free exchange-listed products, enabling investors to benefit from exposure to innovative digital assets without reducing the value of their investment with hefty management fees. 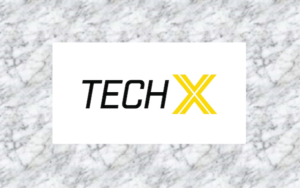