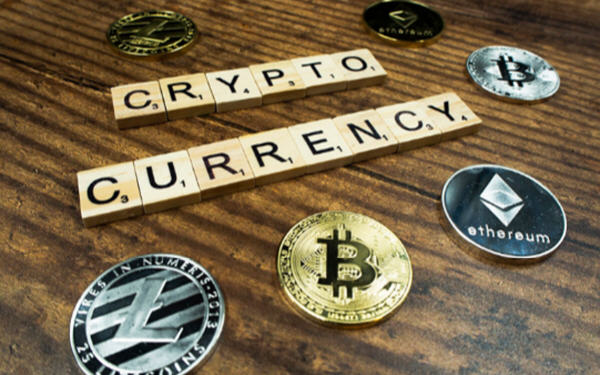 2021 was the year that cryptocurrency finally fully transitioned from fringe investment into the mainstream market. Bitcoin became a household name, and everyone from celebrity investors to Wall Street was talking about it.

And it’s not only large institutional investors; retail investors have been jumping on the crypto bandwagon buying craze, hoping to get in before prices climb.

Mobilum Technologies is a technology accelerator investing in emerging companies in the cryptocurrency space. Across our portfolio, we are helping to drive growth and success through our full funnel technology and operations infrastructure.

However, as enthusiastic as they may be, many investors still don’t fully grasp the concept of crypto assets, which begs the question, how do you do your due diligence on an asset class you don’t understand?

There’s a whole crypto world beyond Bitcoin, and while some people are happily riding the current cryptocurrency roller-coaster, others are exploring the next generation of altcoins and tokens.

Brought to you by Mobilum Technologies Inc. (CSE: MBLM), here is a list of 5 cryptocurrencies to watch today, what they do, and why they are important.

If Bitcoin is Coke, then Ethereum is Pepsi. With a market cap of over $235 billion, it’s the second-largest cryptocurrency out there right now.

Ethereum is a decentralized, open-source blockchain. Its native coin, Ether, is not totally unlike Bitcoin. They are both cryptocurrencies based on the idea of dementalized, distributed ledger technology. But that’s where the similarities stop.

The idea that became Ethereum was originally described in a white paper released in 2013 by programmer Vitalik Buterin and later launched in July 2015.  Today, Ethereum is the world’s most widely used blockchain. In addition to the creation of smart contracts, Ethereum is extensively used by developers to build and publish decentralized apps (DApps) and non-fungible tokens (NFTs).

Ether (ETH) is up over 167% YTD – despite recent losses – and is currently switching hands at $2,032. Going forward, the growth prospects for Ether look equally as promising.

Last week, Federal Reserve Chairman Jerome Powell reiterated that any plans to taper aggressive bond-buying policy are still a ways off. The statement injected short-term optimism into the crypto markets, which saw crypto assets like ETH and BTC spike to their highest point in weeks.

Longer-term, ETH stands to benefit from a massive surge in interest from the rise of NFTs. Although the media buzz surrounding NFTs has cooled since its peak in March, the market for NFTs has garnered broad mainstream interest, drawing in a flood of new users.

Further upside for Ether could be coming as the platform gears up to release the hotly anticipated London Hard Fork upgrade. The upgrade will implement several network improvements, the most significant of which is a change to transaction fees which will see a portion of gas fees burned (permanently destroyed). The resulting reduction in supply could drive Ether prices higher.

Designed by developers for developers, Polygon (MATIC) is a protocol and framework used to build and connect Ethereum compatible blockchain networks, without frequently cited Ethereum limitations like network performance, gas fees, and non-sovereignty.

The value of Polygon stems from its ability to transform Ethereum into a multi-chain network. As a stability solution, the protocol has been gaining lots of attention on the tail of the latest Ethereum bull run.

Overall, the outlook for Polygon is highly bullish. Wallet Investor predicts the coin could hit $4 within a year and puts the 5-year forecast at $16.

Stellar is an open-source blockchain payment solution, facilitating transactions between fiat money, digital currency, and other assets. The Lumen (XLM) is the blockchain’s native cryptocurrency.

Stellar’s mission is to connect financial institutions and provide a means of inclusive, low-cost, borderless transactions for any type of money. Created by crypto entrepreneur Jeb McCaleb, founder of Bitcoin exchange Mt. Gox and co-founder of Ripple, Stellar was launched in 2014 and has grown to over $5 billion.

In a world where other blockchains are looking to rebel against traditional financial institutions, Steller is acting as a bridge, enabling transactions between any type of money from anywhere.

A pitfall of cryptocurrency mass adaptation is the perception that you can’t do with the coins other than speculating on the price. However, cryptocurrency is proving itself to be a store of value, and it is increasingly being accepted as a form of payment. And that could be why over 80% of central banks are in various stages of creating their own central bank digital currencies (CBDCs).

In January, Stellar entered into an agreement with the Ukraine Government to work on a national blockchain-based CBDC. Since then, Stellar has been in talks with other central banks looking to use Stellar blockchain to host their CBDCs.

What does this mean for Lumens? Given that every transaction on the Stellar network requires fees to be paid in XLM and that Lumens are in fixed, limited supply, it’s very likely that the price of Lumens will rise.

Developed and later launched in 2017 by Ethereum co-founder Charles Hoskinson, Cardano bills itself as a third-generation blockchain, the next evolution of Bitcoin and Ethereum. Its primary cryptocurrency is ADA.

As a digital currency that also functions as an application development platform, Cardano is in direct competition with Ethereum. However, with a Proof of Stake (PoS) consensus algorithm versus the Proof of Work (PoW) used by Bitcoin and Ethereum, Cardano attempts to distinguish itself as a safer, more scalable, and importantly, more eco-friendly solution.

Cardano has just taken a few major steps forward with a significant upgrade to the network; however, its race to be the next, better Ethereum is being taken in stages.

In a Tweet last week, Cardano developer Input Output HK Cardano announced the successful completion of the Alonzo white hard fork upgrade. The upgrade will enable the integration of more advanced smart contracts and DApps to its blockchain, further positioning Cardano as a viable alternative to Ethereum.

This was only the first of a planned series of upgrades expected to roll out between now and September. Once completed, Cardano could become the platform that dethrones Ethereum as the network of choice for hosting and developing smart contracts and DApps.

Even within a decentralized system, sometimes you need to know what’s happening in the outside world. Chainlink is a decentralized oracle network that solves the current limitation of many Blockchain networks by enabling on-chain systems to access off-chain information sources.

Fundamentally, Chainlink has a lot going for it. Unlike other altcoins that have popped up to address issues from speed to security to UX, Chainlink does something different. In the future, access to a data-rich environment could be the foothold that spurs the next round of blockchain innovation, and that’s what Chainlink offers.

Overall, analysts remain bullish on LINK, with some putting a price of $55 on it for this current cycle. However, right now, its price movements have invariably tied to Bitcoin, with one catch – according to analysts, the LINK token is priced right, offering investors plenty of upside potential.

If you are interested in cryptocurrency, pay attention to Mobilum.

In a recent move, Mobilum has completed the acquisition of the digital payment platform Mobilum. The company also formally announced that the Board of Directors approved a name change from TechX Technologies Inc. to Mobilum Technologies Inc, which will continue to trade under the ticker MBLM on the Canadian Securities Exchange (CSE).

Mobilum is a FinTech start-up that provides fiat-to-crypto infrastructure to consumers worldwide with its licensed plug-and-play gateway and payment processing solutions. Their simple to use on-ramp and off-ramp solutions make integration straightforward for wallets, exchanges or other businesses wanting to offer credit or debit to cryptocurrency transactions to their clients.