What Does Amazon’s Crypto Job Posting Mean for DeFi Investing? 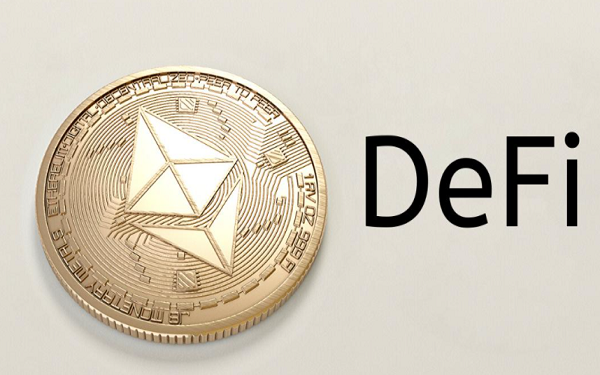 A job posting for Amazon fueled a Defi investing rally this week.

After reaching a record high of $64,829 in April, Bitcoin has been under intense pressure, even briefly falling below the critical $30,000 threshold last month.

However, Bitcoin has just posted a major comeback, topping $40,000 once again.

And it’s not just Bitcoin; other cryptos, like Ethereum, Dogecoin, and Cardano, were up 12% as of Monday afternoon.

Are Amazon Rumors Behind Cryptocurrencies’ Biggest Surge in Months?

This most recent rally was sparked by speculation that Amazon may soon be accepting cryptocurrency as a form of payment and was likely amplified by Defi investors scrambling to cover short potions amid the buying frenzy.

According to the job posting, Amazon is looking to add a Digital Currency and Blockchain Product Lead to its payment acceptance and experience team, igniting speculation that the online retail giant may soon accept Bitcoin as a payment method.

“We’re inspired by the innovation happening in the cryptocurrency space and are exploring what this could look like on Amazon,” said a spokesperson for the company.

For the second time in less than a week, Amazon made headlines with an article published by City A.M, declaring that the company ‘definitely’ had concrete plans in place to start accepting Bitcoin and other cryptocurrencies for payment on its platform by the end of the year.

Amazon has denied the rumours, saying it will not accept Bitcoin this year or be launching its own token, only that it will continue to explore cryptocurrencies and blockchain.

In a statement, the company said, “…the speculation that has ensued around our specific plans for cryptocurrencies is not true,” before adding, “We remain focused on exploring what [cryptocurrency] could look like for customers shopping on Amazon.”

According to the unnamed insider, Amazon has been working on adding cryptocurrencies to its platform since at least 2019. And not just Bitcoin. The source named Ethereum, Cardano, and Bitcoin Cash as other cryptos that the company was considering accepting as payment.

The Amazon source also added that the company is looking to develop a native token once the big-name cryptos have been fully integrated. And despite the denial, it’s not totally unfathomable that Amazon could be exploring its crypto options, especially on the heels of Tesla recording $23 million in Bitcoin-related impairments.

Tether, one of the most well-known stable coins and third largest by market cap, could soon be facing charges related to bank fraud in a criminal case that would have significant ramifications for the cryptocurrency market.

The US Justice Department investigation has been looking into allegations that Tether executives intentionally concealed from banks that its transactions were linked to cryptocurrency.  And while the potential charges relate to activity that occurred years ago when Tether was still an emerging entity, today, the company plays a much more significant role in the crypto market.

Providing a measure of constancy in an otherwise volatile crypto market, Tether is the world’s most widely held stablecoin. With more than $64 billion worth of Tethers in circulation, the coin currently underpins over half of all Bitcoin transactions and is considered a cornerstone of the digital currency ecosystem.

However, some market watchers are pointing out that while a Tether collapse would be bad for crypto markets, it would not be catastrophic. Even though Tether remains the largest stablecoin by market cap, investors have already begun cooling on the coin, and several other alternatives are quickly gaining ground.

What Do Recent Events Mean for DeFi Investing?

Investing in crypt assets is inherently risky, but the good news is that there are ways to gain crypto exposure outside of a direct investment in cryptocurrency.

One opportunity that’s been getting a lot of mainstream attention is DeFi investing, with even billionaire investor Mark Cuban saying, “banks should be scared.”

DeFi represents a digital, decentralized financial ecosystem that facilitates peer-to-peer transactions, like crypto trading, loans, and interest accounts, without the need for any third-party interference. It provides a faster, cheaper way to conduct financial transactions by cutting out traditional banks and brokers.

And so far this year, DeFi has been on a tear. Total value locked in DeFi hit over $111 billion in July, up from $20 billion in January.

DeFi Technologies is a Canadian company focused on enhancing shareholder value through building, investing, and managing assets in the decentralized finance sector.

They have performed exceptionally well this year, most recently updating investors on their Venture Portfolio, which has generated 255% ROI in only six months.