Vancouver, B.C., July 13, 2021 – Ximen Mining Corp. (TSX.v: XIM) (FRA: 1XMA) (OTCQB: XXMMF) (the “Company” or “Ximen”) is pleased to announce an exploration program to evaluate the gold content of tailings from the historic Wilcox gold mine, located near Nelson in southeastern British Columbia.

Ximen’s mineral claims near Ymir cover a tailings deposit from the historic Wilcox mine, located on the north side of Ymir Creek approximately 30 kilometres southeast of Nelson, British Columbia. The Wilcox was a high-grade gold producer that processed about 14,555 tonnes between 1900 and 1940 of material from high grade gold veins situated within granodiorite of the Middle Jurassic Nelson Batholith.  Ore was processed at a stamp mill located adjacent to the mine site.  Mill processing in the early 1900’s yielded low gold recoveries with unrecovered gold remaining in the tailings material. 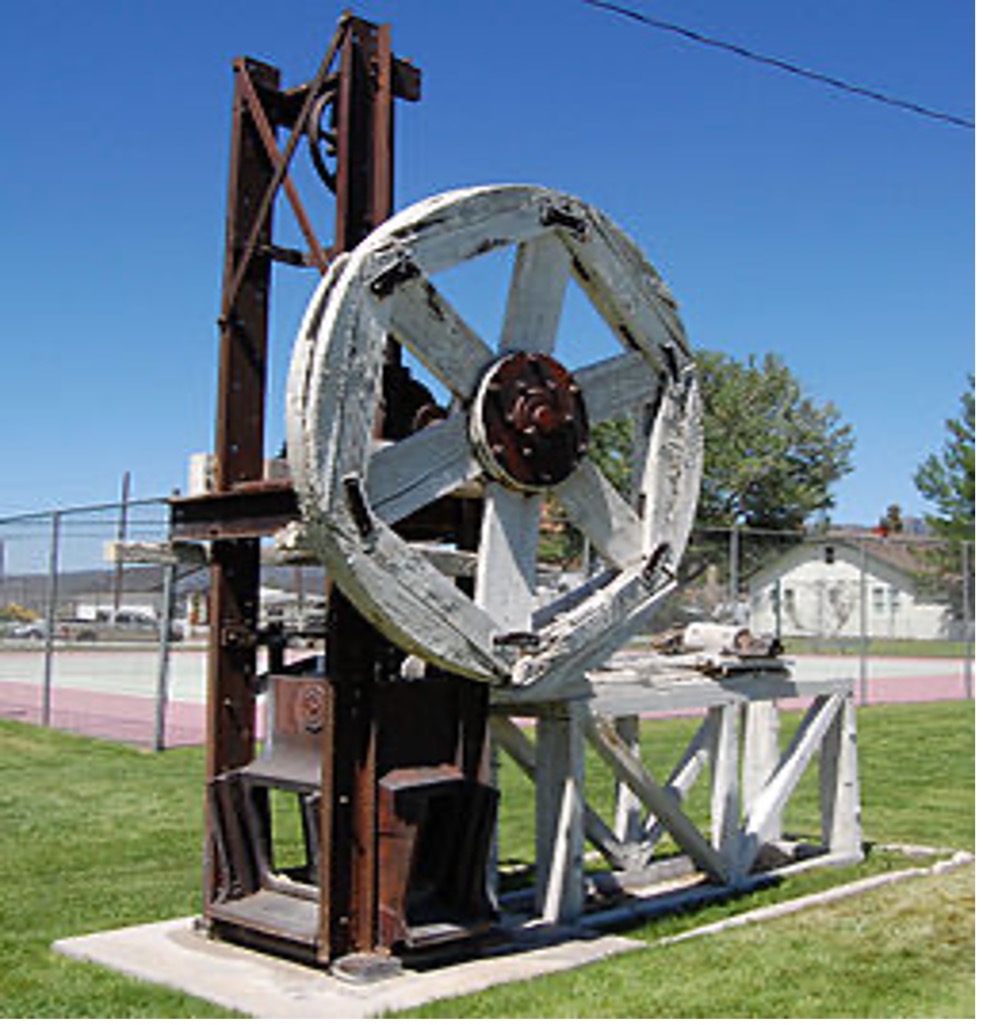 In 2005, the resource potential of the tailings deposit was estimated in a report titled “Wilcox Mine Tailings – Gold Resource Evaluation” by Doug Warkentin, P.Eng., of Crucible Engineering Services, Vancouver, B.C. Canada., dated September 17, 2005 (B.C. Assessment Report 27963).  The average grade of the tailings deposit was estimated at 3.09 grams gold per tonne, based on assays of 65 samples collected on a grid pattern.  The tonnage was estimated at 12,387 tonnes, based on depth and specific gravity measurements.  The in-situ gold potential was then estimated as 1,230 ounces of gold.  An average gold recovery rate of 80% was projected based on metallurgical test results available. 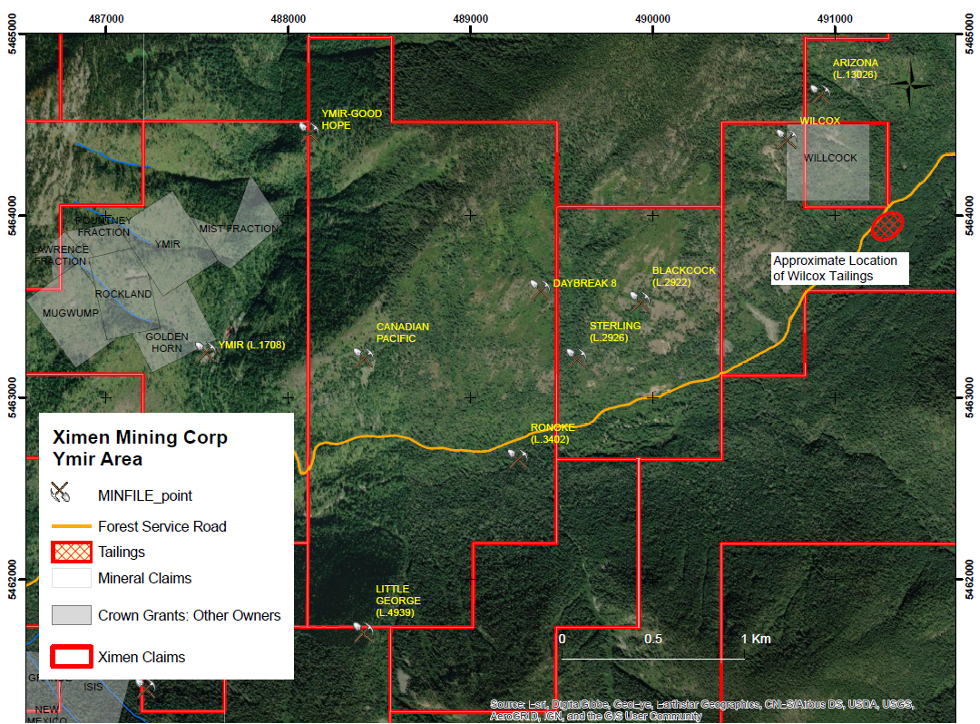 This season, Ximen is planning to carry out a detailed survey and sampling program of the tailings area to better define the physiography and resource potential of the Wilcox tailings.  Activities include grid surface sampling, auger drilling, high resolution drone photogrammetry, metallurgical testing, and detailed GPS surveys.  The results will be used to evaluate the possibility of custom treatment to recover the gold from the tailings deposit.  In addition, mine waste dumps from the Ymir mine and others will be sampled to check their precious metal content.