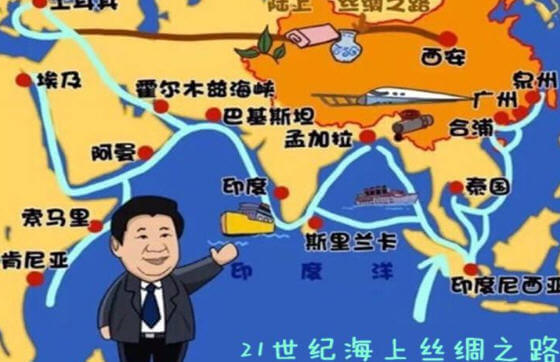 “News of Lundin’s hostile takeover bid of Nevsun Resources Inc. is not a surprise to experienced mining investors since Lundin Mining has been pursuing the Timok project in Serbia for quite some time.  The Timok Copper deposit is based in the prolific Tethyan belt which is still relatively underdeveloped comparing to many regions in the world.  What is worth noticing is that the belt is situated right on China’s Belt & Road Initiative.  It may not be a surprise for the market and shareholders of Nevsun, if Timok garners the attention of major Chinese mining groups before the dust settles.”

Lukas Lundin is nothing if not tenacious. The 59-year-old chairman of Lundin Mining Corp. is making yet another play for the prized Timok copper-gold deposit.

On Monday, Lundin Mining and Euro Sun Mining Inc. announced a C$1.5 billion ($1.2 billion) bid for Nevsun Resources Inc., which owns the project in eastern Serbia. While the proposal isn’t binding and was rejected by Nevsun’s board, it would be the industry’s biggest takeover this year.

In what Nevsun says is a “complicated” structure, the deal would give Euro Sun the Bisha mine in Eritrea and the company’s cash balance, while Lundin would get its European assets, including Timok.

Lundin made an unsuccessful attempt to acquire a stake in Timok in 2016. At that time, the project was majority owned by Freeport-McMoRan Inc., in partnership with Reservoir Minerals Inc. As Freeport shed assets to trim debt, it announced plans to sell part of its stake to Lundin. However, that deal was thwarted when Reservoir exercised its right of first refusal. Reservoir acquired the Timok stake instead, with funding from Nevsun, as part of Nevsun’s takeover of Reservoir.

Billed as one of the world’s best undeveloped copper projects, Timok would allow Lundin to replace long-term production growth lost by its exit from the Democratic Republic of Congo, just as copper heads toward a supply deficit after years of belt tightening by producers to withstand low prices.

Lukas Lundin, who runs the Swedish-Canadian family’s commodities empire with his brother, has said he’s looking to spend as much as $3 billion on a new industrial-metal asset as prices recover. But the dearth of new copper mines puts a premium on high-grade projects such as Timok, accounting for Nevsun’s reluctance to a sell.

Lundin said Monday that it had made numerous attempts to engage Nevsun, first approaching it in February, before submitting its latest proposal April 30. Nevsun said Tuesday that its board unanimously rejected the proposal on the grounds that it undervalues the company’s assets and “presents a problematic structure.”

Nevsun shares gained as much as 23 percent on Tuesday, the steepest intraday advance since November 2014. At 11:25 a.m. in Toronto, they were up 13 percent, while Lundin Mining was down 2.6 percent.