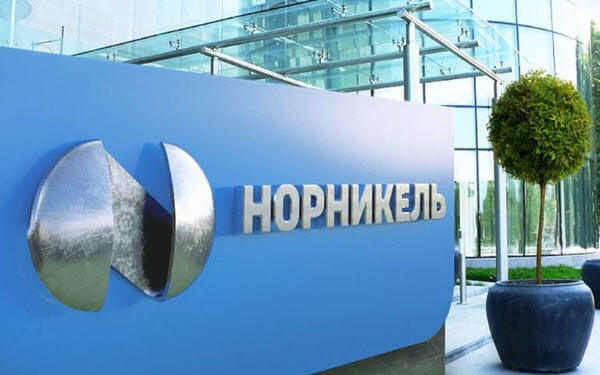 Russian miner Norilsk Nickel’s Global Palladium Fund plans to buy between 300,000 and 500,000 troy ounces of palladium by the end of 2019, the miner’s chief financial officer said on Thursday. The fund of the world’s largest palladium producer, known as Nornickel, buys the metal from other holders’ existing stockpiles and then sells it on to industrial consumers. “This is a certain cushion of stability and safety for our customers,” Nornickel senior vice-president Sergey Malyshev said in a briefing on Thursday. “Due to the growth of our own (platinum group metals) production, we expect that this year’s purchases (by the fund) will be less than last year. Reserves at the end of the year are expected to be at 100,000 ounces,” Malyshev said. The fund’s reserves stood at 130,000 ounces at the end of 2018. Nornickel, which covers 40% of the world’s production, sees its fund as a tool to guarantee stock availability for long-term clients and to increase market transparency. Palladium is used mainly in emissions-capping catalytic converters for automobiles. In the first half of 2019, global palladium demand increased ahead of supply due to tighter environmental regulations, the company said when reporting its financial results earlier this week. However, the market deficit was covered by the release of work-in-progress materials by Nornickel and South African producers as well as sales of third-party metal from Nornickel’s palladium fund, it added. Nornickel, part-owned by its President Vladimir Potanin and aluminium producer Rusal, said the company’s management continued to support tying dividend payments to free cash flow. However, the proposition did not receive support from some of its shareholders, Malyshev said, while advantageous market conditions have made the issue less relevant. Nornickel said that under current market conditions it sees no risk to the company’s financial health if the dividend policy remains unchanged. “According to our information, there are no negotiations ongoing at the moment among shareholders about changing the dividend formula,” Malyshev said. The miner, which vies with Brazil’s Vale to be the world’s biggest nickel producer, also said it has started negotiations with banks over a possible initial public offering of its Bystrinsky project. Nornickel launched the copper, iron and gold mine, located in Russia’s remote Far East region some 100 km (62 miles) from the Chinese border, in 2017. “In order to implement the deal, it is necessary to… reach design capacity. We are on the way to this, in principle there are no fears,” Malyshev said, adding that advantageous market conditions were also essential. Nornickel said in January it planned to produce 40,000-46,000 tonnes of copper and 192,000-212,000 ounces of gold in concentrate at Bystrinsky. Nornickel owns a 50% stake in the project, while 13.33% is held by China’s Highland Fund. “Arrangements with Highland mean that the deal will take place, subject to market conditions, in 2020, but this is more of an expectation than an obligation for the parties,” Malyshev said. Source: Reuters