China’s rare earth magnet exports in the first two months of 2020 fell by 4.2% from a year earlier, according to Reuters calculations based on customs data, as the coronavirus outbreak hindered shipments overseas.

China is the word’s biggest producer of rare earth magnets, which are widely used in medical devices, consumer electronics and defence. Its rare earths sector was severely disrupted by the coronavirus outbreak, however, with overall rare earth exports down 17.3% in January and February from a year earlier.

The General Administration of Customs said last month it would combine trade data for January and February instead of releasing it for individual months.

China’s magnet shipments to all countries came in at 4,646 tonnes in January and February, customs data showed on Wednesday, down from 4,852 tonnes a year earlier.

“Because importers of rare earths from China stocked up late last year … they were inadvertently equipped to cope with the supply chain issues that hit China in January and February,” said Ryan Castilloux, managing director of consultancy Adamas Intelligence, in an email before the data was released.

“The biggest risk to the market now comes from the demand-side, which we expect will be hit as the coronavirus epidemic expands in key demand markets, such as Europe and North America,” Castilloux said. 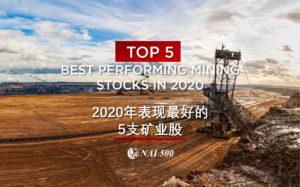