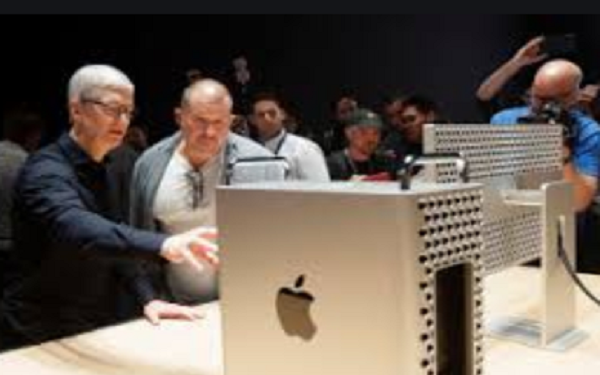 When Apple’s (NASDAQ:AAPL) virtual WWDC kicks off on June 22, the tech giant will announce its move to in-house Mac chips, according to Bloomberg sources.

Announcing the shift away from Intel (NASDAQ:INTC) chips at the annual conference would give developers time to adjust before the new Macs launch in 2021.

Codenamed Kalamata, the collection of at least three new processors will be manufactured by TSMC with underlying architecture from SoftBank’s Arm.

Apple only holds about 10% of the PC market, but the company’s shift away from Intel for the premium Mac products could prompt other PC makers to consider their options.

Cloud data platform Snowflake has confidentially filed for an IPO that could come within months, according to Bloomberg sources.

In February, Snowflake raised $479M in a round that included Salesforce (NYSE:CRM) Ventures. The round valued the startup at $12.4B.

Snowflake says it has over 2,000 customers, including JetBlue, Conagra, and Accor.

Apple (AAPL +3.1%) looks set to begin production of iPhone 12 in July, following a report that it’s nearing the end of a key testing stage.

DigiTimes is saying that phase 2 of its Engineering Validation and Testing stage will be completed at June’s end, suggesting that all models would start production in July, though higher-end 5G models are said to face more challenges and a possibly longer timeline.

Earlier, it was reported that Apple is set to announce its move to internally made chips, a shift away from Intel before new Macs launch in 2021.

“We believe now is the time to begin a national dialogue on whether and how facial recognition technology should be employed by domestic law enforcement agencies,” IBM CEO Arvind Krishna told Congress, as the company shut down its facial recognition business.

The unit did not generate significant revenue, according to CNBC, but the decision remains notable for a technology giant that counts the U.S. government as a major customer.

“Technology can increase transparency and help police protect communities but must not promote discrimination or racial injustice.”

TSMC would be able to fill Huawei order gap

Should U.S. restrictions against Huawei prevent sales to the Chinese firm, Taiwan Semiconductor Manufacturing (NYSE:TSM) could replace the order gap “in a very short time.”

The firm unveiled plans last month for a $12B plant in Arizona just hours before the U.S. Commerce Department outlined a proposal to amend chip export rules.

Taiwan Semi is still in talks over subsidies and hopes they will make up the “running costs difference between the U.S. and Taiwan.”