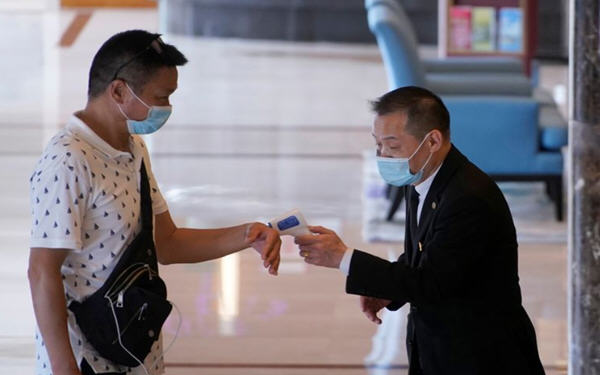 China’s services sector expanded at the fastest pace in over a decade in June as the easing of coronavirus-related lockdown measures revised consumer demand, a private survey showed on Friday, though companies continued to shed jobs.

The Caixin/Markit services Purchasing Managers’ Index (PMI) rose to 58.4, the highest reading since April 2010, from May’s 55.0, pulling further away from the trough hit in February as the coronavirus lockdown paralysed the economy.

The 50-mark separates growth from contraction on a monthly basis.

The rebound suggests China’s overall recovery is becoming more balanced and broader based as life slowly returns to normal in one of the world’s biggest consumer markets, though analysts believe it will take months for activity to return to pre-crisis levels.

The services sector accounts for about 60% of the economy and half of the urban jobs, and includes many small, private companies which had been slower to recover initially than large manufacturers. Heavy job losses, pay cuts and fears of a second wave of infections have made some consumers cautious about spending and going out again.

The Caixin survey showed a sub-index for new business received by Chinese services firms rose to 57.3 from 55.8 in May, with the rate of growth accelerating to the fastest since August 2010.

New export business also expanded for the first time since January on firmer foreign demand, in contrast to overseas orders for manufactured goods, which continued to contract as many of China’s trading partners remained in lockdowns.

Services companies were also able to raise their prices slightly, ending a six-month streak of discounting as firms promote sales, while business confidence over the next 12 months strengthened to a three-year high.

But employment remained stuck in contractionary territory for fifth consecutive month, with corporate headcounts falling at a faster pace than in May, highlighting the immense pressure facing Chinese policymakers this year as they vow to stabilise the labour market.

“Although businesses were optimistic about the economic outlook, they remained cautious about increasing hiring, with employment in both the manufacturing and services sectors shrinking,” said Wang Zhe, Senior Economist at Caixin Insight Group, in an statement accompanying the data release.

Caixin’s composite manufacturing and services PMI, also released on Wednesday, picked up to 55.7 in June from 54.5 in May.

China’s economy is gradually emerging from a sharp 6.8% contraction in the first quarter, with much of the country now reopened after disruptions early in the year due to strict lockdown measures.

But analysts warned that a new surge of COVID-19 cases in the capital Beijing and some surrounding cities threatens to undercut growth, with many entertainment venues remaining shut due to concerns about infections.