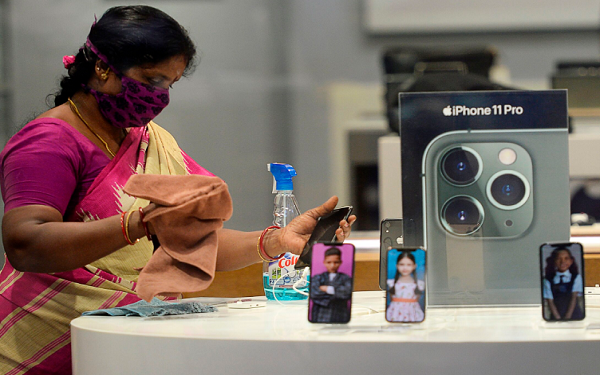 The launch marks a new chapter in Apple’s (NASDAQ:AAPL) business in India, where about 99% of the market is dominated by Android.

Nearly the entire Apple lineup, including new products announced last week, will be offered directly to customers for the first time (users had to previously buy items from Amazon India, Flipkart or authorized franchises).

India is becoming increasingly important for Apple. In recent years, the tech giant has started manufacturing some of its devices in the country – Foxconn began building the iPhone 11 near Chennai in July, while the company has made other iPhone models in India since as early as 2017.

Why Apple Is A Stock To Own, Not To Trade, writes D.M. Martins Research in a new SA article, saying it has been historically hard to achieve success doing the latter.

TikTok (BDNCE) is keeping up its legal options, filing for a preliminary injunction against the ban on its U.S. operations.

The company is requesting a judge’s decision on the injunction by Sunday night, aiming to head off a block on new downloads of the app and software updates.

Meanwhile, while Attorney General William Barr has been skeptical of approving Oracle’s (ORCL -2.3%) deal for TikTok on national security concerns, he is still in the fact gathering stage, Fox Business reports, and he hasn’t yet made a final recommendation to President Trump on the deal.

That’s despite Trump saying he approves the deal “in concept,” news that kicked off some days of confusion about the planned ownership structure for the social-media company.

Intel’s (NASDAQ:INTC) Mobileye is teaming up with UAE’s Al Habtoor Group  for a robo-taxi fleet that could launch by the end of 2022.

Mobileye has agreements to deploy its autonomous vehicle tech in cities in France, Israel, Japan, and South Korea. Dubai now joins that list.

The JV will start by outfitting 1,000 vehicles with Mobileye’s tech to map out the city and collect data.

Testing will start next year, a pilot program should launch by the end of 2022, and commercial service could be available in 2023.

The deal follows last week’s historical accord between Israel and the UAE, but the companies had reportedly been in talks for months.

Converse’s checks suggest a DRAM/NAND pricing turn in Q2, and he expects Micron to beat expectations in H2 2021.

The analyst sees a “strong setup” for Micron heading into FY22 and the supply/demand balance improves.

Craig-Hallum analyst Christian Schwab upgrades Western Digital from Hold to Buy, seeing the move as the first signs of potentially spinning off one of the units in the future.