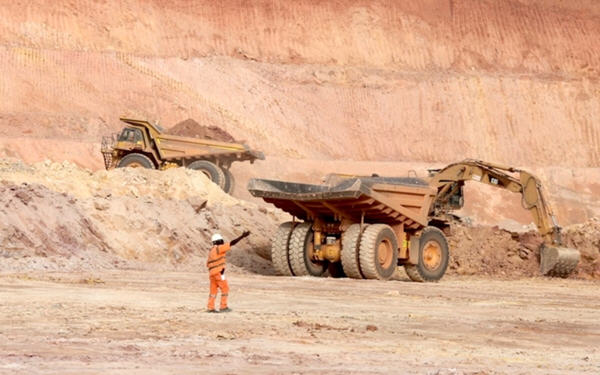 A long-running battle between Nordgold (LON: NORD) and China’s Shandong Gold over Cardinal Resources (ASX: CDV) has taken an ugly turn after the Russian miner made a fresh application to Australia’s Takeovers Panel accusing the takeover target of misleading shareholders.

Nordgold, which first approached Cardinal in March with an unsolicited 45.7 Australian cents-a-share bid, put forward a “final and best offer” for cardinal on Friday. The bid, which the Moscow-based miner said Monday it won’t sweeten, matched Shandong’ s final A$1-per-share.

Cardinal’s board, which has openly shown its preference for the Chinese bidder, qualified Nordgold’s move as “an attempt to cruel the auction for control of Cardinal, which has significant potential to deprive Cardinal shareholders of additional value.”

It added its financial advisers believed Nordgold had technically made a higher competing offer after Shandong made its best and final bid. As such, Cardinal said, Shandong could legally depart from the statement and up its offer price.

The Aussie junior went on by telling shareholders that accepting Shandong’s offer was the “only realistic way in which the auction will be re-enlivened.”

It also said it had 28 letters from shareholders representing 19.38% of the stock, flagging their intention to accept Shandong’s offer.

Cardinal added on Monday it had a received further four letters from investors holding 3.43% of the stock stating they support Shandong’s bid, which has now been extended to close on December 31, unless there is a higher offer.

Nordgold, controlled by Russian oligarch and steel billionaire Alexey Mordashov, alleges Cardinal’s announcement on Friday was “materially misleading” as it suggested that a higher offer from Shandong could be unlocked.

Cardinal was forced to clarify that while Shandong may have an option to increase its final offer, it was not a given.

Nordgold has so far made two representations to the Takeovers Panel seeking remedial offers to address market uncertainty.

The Russian gold major is concerned about the wording of a Cardinal announcement on October 21, which said Nordgold had “made a higher competing offer.”

Nordgold told the Takeovers Panel that Cardinal’s announcement and advice received by shareholders indicated that Shandong could depart from its commitment that the A$1-a-share offer was “best and final in the absence of a higher competing offer.”

Cardinal’s board rejected the claims, saying while Shandong had benefitted from matching rights and a substantial break fee through the process, Nordgold had been in a position to increase its offer at any time.

The main reason behind the two bidders back-and-forth contest for Cardinal is the Australian miner’s 5.1 million-ounce Namdini gold asset in Ghana.

A feasibility study into the project estimates that it will produce about 4.2-million ounces of gold over a mine life of 15 years. Nearly 1.1 million ounces would be generated in the first three years of operation.

Initial capital costs for Namindi were forecast to range from $275 million and $426 million, depending on the project’s scale.

Nordgold, which acquired many of its major assets during the 2008-2009 financial crisis, claims it is not only offering better terms for Cardinal’s shareholders, but that it also has a track record of best practice operations in West Africa.

The company owns several gold mines in Africa, including Bissa in Burkina Faso and Lefa in Guinea. It also operates in Russia and Kazakhstan.