Chinese regulators have launched an anti-monopoly investigation into Alibaba (NYSE:BABA), and the news is putting pressure on U.S.-listed Chinese internet stocks before the bell.

The People’s Bank of China also announced an upcoming meeting with fintech Ant Group, which counts Alibaba as a major stakeholder and had its record-breaking IPO shelved by regulators last month.

Deeper dive: Alibaba under pressure after anti-monopoly probe by China

Seeing an attractive buying opportunity after shares trimmed one-third of their value from an October high, D.A. Davidson names Zoom Video (NASDAQ:ZM) one of its top picks for 2021 while maintaining a Buy rating and $600 price target.

Analyst Rishi Jaluri praises the recent The Information report that Zoom plans to launch a corporate web email service and calendar app, which “makes a lot of sense.”

Jaluri is aware of Zoom’s “premium’ valuation but sees the company “making the right investment to grow its footprint and add more value to customers.”

Square’s (NYSE:SQ) Jack Dorsey has discussed a potential deal with Jay-Z for music streaming service Tidal, which the rapper and music mogul acquired for $56M in early 2015, Bloomberg reports.

Tidal has struggled to keep pace with rival streaming services, while Jay-Z even put his songs back on Spotify (NYSE:SPOT) last year, raising questions about the health of Tidal. The closely held service hasn’t reported subscriber figures since saying it had 3M paying customers in 2016.

Dorsey, who spent more than four years on the board of Walt Disney, is thought to have ambitions of building Square into a collection of businesses under one corporate umbrella. It already has two core products, Square Seller and Cash App.

Yesterday, Baird assigned Square a Neutral rating in the wake of 254% rally.

IBM (NYSE:IBM) and Airbnb (NASDAQ:ABNB) have settled the patent lawsuit between the companies commenced earlier this year in Federal District Court in Delaware, and the case has been dismissed.

India’s government is challenging in Singapore an international arbitration court’s verdict against it over a $2B tax claim involving Vodafone (NASDAQ:VOD), Reuters reports.

An international arbitration tribunal in The Hague had ruled that India’s imposition of a tax liability on Vodafone was a breach of an investment treaty agreement between India and the Netherlands; India had 90 days to appeal the ruling.

India lost another international arbitration case over a tax dispute this week, against Cairn Energy (OTCPK:CRNCY), and has been ordered to pay more than $1.2B in damages; given the size of the award, India likely will challenge the ruling.

VOD is a buy for its big dividend but market conditions remain volatile, Chetan Woodun writes in a bullish analysis published recently on Seeking Alpha. 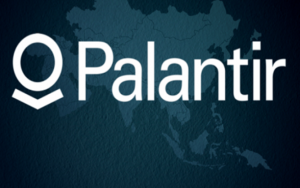 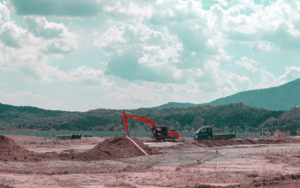