Is BevCanna the Small Cap Consumer Defensive Stock to Watch? 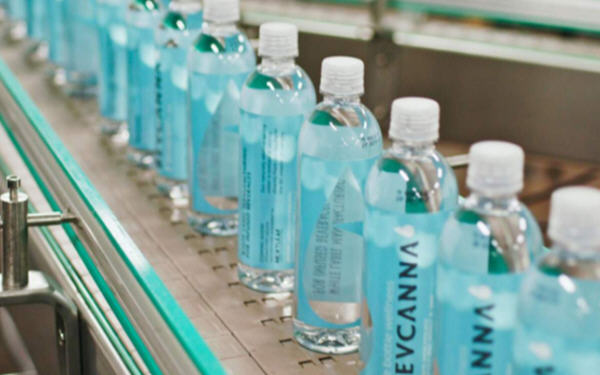 Before we jump into the notion of consumer defensive stock, let’s take a look at what’s happening in the stock market right now.

Despite a series of corrections, most notably in tech, and energy, the 2020 bull market continues. The S&P is up over 90% from March 2020 pandemic lows, NASDAQ has rallied 115%, and the DJIA has climbed 83%.

However, behind all the optimism lurks the fear that a broader market pullback is coming. After a stellar first year, analysts are warning investors the potential for the same kind of gains in 2021 will be smaller, and the path to get there will be choppier.

The concern? Despite record-breaking gains across all major indices, fewer stocks are participating in the current rally. Throw in climbing Covid numbers and economic uncertainty, and you have a few strong indicators that we could be approaching a period of market turbulence.

While it may be too early for investors to worry about a serious market correction, it might be a good time to think about bolstering the strength of your portfolio and adding a few consumer defensive stocks.

What is a Consumer Defensive Stock?

Consumer Defensive stocks are shares of companies where demand for their products remains relatively consistent from one period to the next, regardless of broader market conditions. Because of predictably steady demand, the price of defensive stocks also tends to be more stable than growth or other higher-risk equities.

Why Should You Care About Consumer Defensive Stocks Now?

Investors looking to shore up their portfolios during periods of high volatility or economic uncertainty often increase their exposure to defensive stocks.

There are several categories of defensive stocks. However, the strongest performers have often been consumer defensive, healthcare, and utilities. Coca-Cola (NYSE: KO), Procter & Gamble (NYSE: PG), and General Mills (NYSE: GIS) are a few of the more well-known defensive stocks. They have strong cash flows, stable operations, and pay regular dividends.

Defensive stocks are desirable during market recessions because they tend to perform better; when markets are dropping, defensive stocks will fall by less, and in some cases, they may even climb. On the other hand, during periods of expansion, they tend to underperform the market.

Defensive stocks are identifiable by their beta’s – a measure of market-related risk – and typically have a beta of less than 1. Stocks with lower betas move less than the market and are considered less volatile. Stocks with higher betas experience wider swings; they are higher risk but also provide the opportunity for greater returns.

Many popular defensive stocks are from well-established companies with a long history of earnings and regular dividend payments; however, there are several small-cap consumer defensive stocks that are worth paying attention to. One of them is BevCanna Enterprises Inc. (CSE: BEV).

Is BevCanna a Consumer Defensive Stock?

As a beverage company, BevCanna is a consumer staple and falls within the category of consumer defensive stock.

In addition to being a consumer staple product, BevCanna also stands to benefit from its potion in the rapidly emerging cannabis beverage sector. Global demand for cannabis-infused beverages is predicted to reach 2.8 billion by 2025, growing at a CAGR of 17.8%.

What’s Been Happening with BevCanna?

BevCanna Enterprises Inc. is quickly gaining traction as a leader in the budding cannabis-infused beverage sector.

The company already has decades of experience in the manufacturing, branding, and distributing of iconic beverage brands for both in-house and white-label clients, including market-leading bottled water brand TRACE. And now, they are setting their sights on the cannabis-infused drinks market, hoping to leverage their experience and position as an early innovator in this high-growth sector.

With an eye on growing both its cannabis and non-cannabis segments, the company has recently made several highly strategic acquisitions and partnership deals.

In December, BevCanna entered into an agreement with popular plant-based mineral beverage and supplement brand Naturo. Upon closing, Naturo, and its beverage brand TRACE, became a wholly-owned subsidiary.

In addition to gaining a proven brand with an extensive list of customers, the acquisition will provide BevCanna with another platform for the distribution of its expanding proprietary product lines.

Already the highest-grossing cannabis-infused beverage in the U.S., Keef will now be entering the Canadian cannabis beverage space through its exclusive distribution deal with BevCanna. Keef products will begin rolling across Canada over the next two quarters. So make sure to keep a close eye on Bevcanna for the upcoming months, it’s definitely one of the top consumer defensive stocks to watch.

Healthy Ways of Adding CBD to your Favorite Food