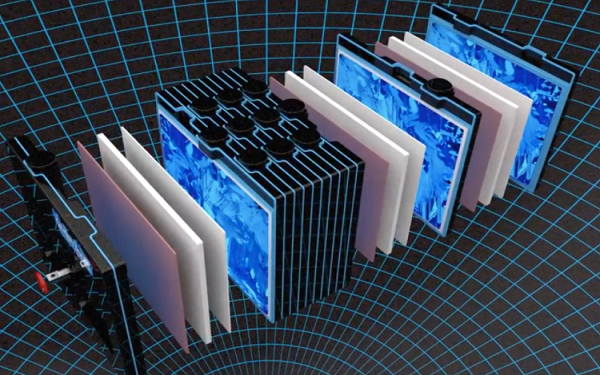 On April 12, Extreme Vehicle Battery Technologies Corp. (CSE:ACDC) published its latest press release that helped to answer a lot of questions that have been on the minds of investors.  In the press release, the company discussed its addition to the HAN-GINS Tech Megatrend ETF (LSE:ITEP, NYSE:ITEK) as well as provided its first revenue guidance since its listing in 2020.

Extreme Vehicle Battery Technologies Corp. has had an exciting 6 months with massive gains from $0.03/share to $0.95/share in February fueled by product announcements that captured the imaginations of vast numbers of retail investors. ACDC eventually settled on the $0.38-0.50 range in March and early April, but even today, the buzz around the company continues to grow with its trading volumes reaching several million shares traded per day and the stock being discussed heavily on stock forums and social media.

Over the past few weeks on social media, investors have continually wondered about the future outlook of the company. This was rather unsurprising given that with the large suite of battery products EV Battery Tech had previously announced, there was still a question mark on when and how the company would begin seeing revenue.

ACDC’s Path from Concept to Revenue

The press release provided a 24 month revenue guidance that gave a better understanding of how EV Battery Tech’s recent partnership announcement with Daymak would benefit shareholders.

In the press release, the Company announced that it had already received purchase orders for $2 million worth of  battery systems for Daymak’s light electric vehicles.  The press release further explained that the company is projecting that it will see $300 million in revenue over the next 24 months with a  25% margin from the partnership with Daymak.  The revenue projection is supported Daymak’s own press release on April 6 that announced $175 million in preorders of Daymak’s Avvenire vehicles.

We found this trailer on Youtube useful for seeing what Daymak is doing with the Avvenire line: https://www.youtube.com/embed/e-5cQqHbP4c

EV Battery Tech also provided an update on its progress with its IoniX Pro Energy Storage Systems (ESS) line, including:

While it is still early to see how these plans will turn out, and the Company included extended risk disclosures in the press release, the announcement of the received purchase orders of $2 million helps to bring the company out of the concept stage, like many of its peers in the junior Canadian markets, and into revenue territory.

ACDC’s press release also announced that the company was included in the Tech Megatrend ETF.  While the company has had no trouble in getting attention from retail investors, having institutional investors become shareholders may be a signal that EV Battery Tech is being taken seriously by institutional “smart money”.

HAN-GINS Tech Megatrend EQL WT UCITS ETF is a UCITS compliant Exchange Traded Fundthat tracks an index of leading companies that are driving innovation through the provision of disruptive technologies. The ETF recently announced that it was “targeting growth in the blockchain sub-sector” and increasing its holdings of blockchain related companies from 2 to 11.  Blockchain now represents 13% of the ETF and the fund has seen success over the past year with its market cap growing 80%.

What can investors infer from this announcement?

We take a quote from Investopedia’s entry about ETF fund manager’s duties:

ACDC has begun to support its earlier promises with tangible progress.  The stock’s addition to the HAN-GINS Tech Megatrend ETF should be a welcome sight for shareholders and the guidance provides an idea of when the company will see revenue.  Combined with the massive interest in utility scale energy storage systems in the US, including numerous forms of tax incentives for the deployment of this technology, investors need to keep an eye on Extreme Vehicle Battery Technologies Corp.