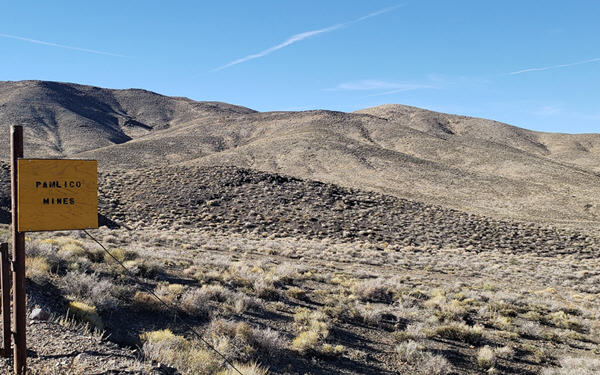 In its announcement, the gold explorer said that “approximately 20%” of the funds will be used towards field logistics at the North Birch and Argosy projects in Ontario, with the remainder going to general working capital including due diligence on a potential acquisition.

Newrange has been exploring the two Canadian projects for the past years located in the prolific Red Lake District of northwestern Ontario.  The projects in question are the past-producing high-grade Argosy Gold Mine and the adjacent North Birch Project is an early stage project that Newrange believes “offers additional blue-sky potential.”

Let’s learn more about the Argosy and North Birch Projects in this article.

Located in the Birch-Uchi Greenstone Belt in Ontario, Canada, the Argosy Gold Mine is the most significant past-producing gold mine in its area, having produced 101,875 ounces of gold and 9,788 ounces of silver at a gold grade of 0.37 ounces per ton (oz/t) (12.7 grams per tonne (g/t)).

The Birch-Uchi greenstone belt is an active gold mining region, with companies like First Mining (TSX: FF) (OTCQX: FFMGF) (FRANKFURT: FMG) controlling over 66,000 hectares in the Birch-Uchi Greenstone Belt and is the largest single claim holder in the region.

The Argosy Gold Mine closed in 1952 due to high operating costs at the time and low gold prices ($35/oz).  Newrange claims that production came from only four veins and that now, more than 12 are now known.  The property consists of 43 patented claims and 17 Mining Licenses of Occupation comprising 604 hectares.

Fully acquired in December of 2020, Newrange paid a total of $200,000 in cash and issued 1,000,000 shares for a 100% interest in the last piece of the North Birch property, Western Fold Property, subject to a 2% NSR royalty.  Robert Archer, President and CEO of Newrange, said at the time, “The acquisition of the Western Fold portion of the North Birch Project solidifies our land position in the Birch-Uchi Belt.”

Drilling of the property began in early 2022 and by May 2022, the company announced its preliminary results.  Again, Robert Archer announced at the time, “We are very encouraged by the presence of strong deformation, alteration, and anomalous geochemistry in the initial holes at North Birch… Considering that this horizon is not exposed at surface and has never been drill-tested before, these are all positive indicators that are common to gold systems elsewhere in the Uchi Subprovince.  We look forward to follow-up drilling to better understand the overall setting.”