Where is the World’s Silver Mined? – Golden Tag Resources (TSXV:GOG) 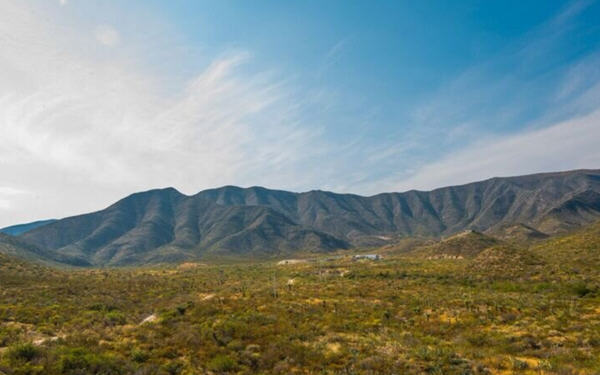 With silver prices making significant gains in 2020, investors have begun to pay attention to this often neglected precious metal.  Silver mining majors like First Majestic Silver Corp. (TSX:FR) had their share prices jump almost 90% from mid December to today, and with the growing need for silver in industrial uses combined with increased buying in precious metals caused by COVID-19 stimulus programs initiated around the world, investors are scrambling to better understand the dynamics in this subsector.

One company that’s betting heavily on silver is Golden Tag Resources (TSXV:GOG).  The company is developing the San Diego Property based in the Velardeña Mining District in Mexico. Among the largest undeveloped silver deposits in the world with over 115 million ounces of silver, 1.5 billion pounds of zinc in resources, the company has had a busy 2020 and early 2021.  It recently released new results from its drilling campaign, announcing that one of its historic holes showed 175.30 m of 88.54 g/t silver equivalent mineralization.

Golden Tag is also operating in one the world’s greatest sources of silver: Mexico.

In 2019 Mexico produced some 190 million ounces of silver and therefore, was the world’s largest silver producing country. Mexico is among the world’s 15 largest economies in the world and is the second largest economy in Latin America. It has a world-class mining industry, infrastructure and labour force that will carry it well into the future. Mexico is an ideal destination for mining investment, ranking behind the US, Canada and Australia in terms of investment attractiveness. The region remains an attractive investment option for private business given the natural wealth that is scattered across Mexico.

Mexico has a mining history that goes back over 500 years and continues to be a hotbed for high-grade silver discover. According to the US Geological Survey 2020, Mexico had an estimated reserve of approximately 37,000-tonnes of silver.[2] In 2019, the Latin American country was responsible for close to 200 million ounces of silver production, being for more than 8 years, the largest producer of silver in the world.

Mexico’s Zacatecas, Sonora and Durango states may have some of the most productive silver mines in the world. Silver exploration in Mexico is growing when other regions on the planet are facing a decline. The current exploration trend should bode well for Mexico moving forward as the demand for silver increases.

Under the Mexican constitution, minerals are part of the national patrimony. Exploration, exploitation and beneficiation of minerals have preference over any other use of land. The law permits up to 100% private ownership in exploration, development and production of mineral substances. Concessions are required to explore for and exploit mineral potential.

In addition, Mexico is a favored destination for investment in the Mining sector, primarily due to its geology, open investment regime, low labor costs and a developed Manufacturing sector, which are all expected to help maintain a positive business environment for the Mining sector in future. With its long mining tradition, Mexico has a largely favourable environment for the industry.

Mexico offers for great cost-efficiency in the mining sector due to the quality of the deposits, the prices of materials and labour, as well as productivity. If the operating cost (cash-cost) is considered, most of the Mexican mines are among the lowest levels of the range that covers the different mining areas worldwide.

If you are interested in silver exploration stories, keep an on Golden Tag Resources Ltd. (TSXV:GOG).