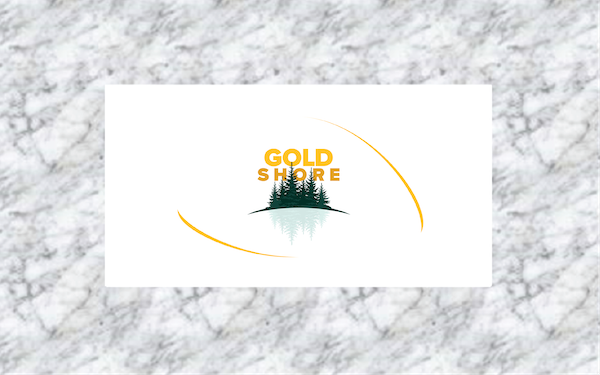 Vancouver, British Columbia–(Newsfile Corp. – May 18, 2022) – Goldshore Resources Inc. (TSXV: GSHR) (OTCQB: GSHRF) (FSE: 8X00) (“Goldshore” or the “Company“), is pleased to announce that it is working with Dr. Russell Birrell of Globex on implementing his innovative ionic leach soil sampling technique that will enable the Company to detect bedrock anomalies beneath muskeg swamp and glacial till. Initial sampling will be conducted across known mineralization at the QES Zone to calibrate the geochemical response and enable a more accurate assessment of results in new areas.

Peter Flindell, Vice President Exploration, comments: “I have worked with Dr. Birrell and the ionic leach technique in Scotland where we successfully identified several mineralized targets. This technique is well suited to the type of cover at Moss Lake and I look forward to reviewing the first results over the QES Zone. The ionic leach program will continue throughout the 2022 summer field season and focus on the targets developed from last year’s VTEM/magnetics survey. This will help us to rank and rate all targets, and to prioritize the scout drilling program, outside the historical Moss Lake deposit.”

Dr. Birrell was part of the team that developed the Mobile Metal Ion (MMI) sampling technique at CSIRO. The MMI technique has been widely used in exploration programs for the past three decades. His work on ionic leach marks an order of magnitude increase in sensitivity that has mapped several concealed mineralized targets in similar terranes.

The Company is also pleased to announce that it has closed a non-brokered private placement of 1,000,000 units (each, a “Unit“) at a price of $0.50 per Unit for gross proceeds of $500,000 (the “Financing“). Each Unit issued in connection with the Financing is comprised of one common share of the Company (each, a “Common Share“) and one-half common share purchase warrant (each whole warrant, a “Warrant“). Each Warrant shall entitle the holder thereof to acquire one Common Share at an exercise price of $0.75, for a period of 24 months following the date hereof, subject to acceleration if the Common Shares trade above $1.10 on the TSX Venture Exchange (the “Exchange“) for twenty (20) consecutive days.

The Company intends to use the proceeds raised from the Financing for future exploration work on its Moss Lake gold deposit in Northwest Ontario, Canada and for general working capital purposes.

Goldshore is an emerging junior gold development company, and owns the Moss Lake Gold Project located in Ontario. Wesdome Gold Mines Ltd. is currently a strategic shareholder of Goldshore with an approximate 22% equity position in the Company. Well-financed and supported by an industry-leading management group, board of directors and advisory board, Goldshore is positioned to advance the Moss Lake Gold Project through the next stages of exploration and development.

Moss Lake hosts a number of gold and base metal rich deposits including the Moss Lake Deposit, the East Coldstream Deposit (Table 1), the historically producing North Coldstream Mine (Table 2), and the Hamlin Zone, all of which occur over a mineralized trend exceeding 20 km in length. A historical preliminary economic assessment was completed on Moss Lake in 2013 and published by Moss Lake Gold1. A historical mineral resource estimate was completed on the East Coldstream Deposit in 2011 by Foundation Resources Inc2,3. In addition to these zones, the Moss Lake Gold Project also hosts a number of under-explored mineral occurrences which are reported to exist both at surface and in historically drilled holes. The Moss Lake Deposit is a shear-hosted disseminated-style gold deposit which outcrops at surface. It has been drilled over a 2.5 km length and to depths of 300 m with 376 holes completed between 1983 and 2017. The last drilling program conducted in 2016 and 2017 by Wesdome Gold Mines Ltd. (“Wesdome“), which consisted of widely spaced holes along the strike extension of the deposit was successful in expanding the mineralized footprint and hydrothermal system 1.6 km to the northeast. Additionally, the deposit remains largely open to depth. In 2017, Wesdome completed an induced polarization survey which traced the potential extensions of pyrite mineralization associated with the Moss Lake Deposit over a total strike length of 8 km and spanning the entire extent of the survey grids.

Forward-looking statements in this news release include, among others, statements relating to expectations regarding the exploration and development of the Moss Lake Gold Project, the use of proceeds from the Financing, and other statements that are not historical facts. By their nature, forward-looking statements involve known and unknown risks, uncertainties and other factors which may cause our actual results, performance or achievements, or other future events, to be materially different from any future results, performance or achievements expressed or implied by such forward-looking statements. Such factors and risks include, among others: the Company may require additional financing from time to time in order to continue its operations which may not be available when needed or on acceptable terms and conditions acceptable; compliance with extensive government regulation; domestic and foreign laws and regulations could adversely affect the Company’s business and results of operations; the stock markets have experienced volatility that often has been unrelated to the performance of companies and these fluctuations may adversely affect the price of the Company’s securities, regardless of its operating performance; and the impact of COVID-19.