The Defense Dept. has selected AT&T (NYSE:T), Nokia (NYSE:NOK) and Ericsson (NASDAQ:ERIC), among others, to take part in 5G testing at five military sites – the largest full-scale 5G tests for dual-use applications in the world.

DOD is awarding $600M in the tests, which will feature projects including piloting 5G-enabled augmented reality/virtual reality for mission planning and training; 5G-enabled Smart Warehouses, and evaluating 5G to enhance distributed command and control.

A change to the Google Assistant (GOOG +1.7%, GOOGL +1.5%) means the AI tech can open and search through mobile apps.

The integration goes beyond searches, however, to common tasks that Android apps perform as well, such as ordering food via Postmates.

In a new blog post, Microsoft (MSFT -0.3%) says it wants to allow app developers and users more freedom, “building on the ideas and work” of the Coalition for App Fairness.

Last month, Spotify, Match Group, and Epic Games joined the coalition. Each company has argued with (or sued) Apple over the fee and in-app payment requirements.

The principles include not blocking competing app stores from Windows, not blocking an app for its choice of in-app payment method, and promising to have transparent rules and policies for its apps.

Making it even more clear that Microsoft is taking shots at Apple, the blog post also mentions not blocking an app for streaming from the cloud and not preventing developers from communicating directly with users through the app for legitimate business reasons.

Facebook said Apple blocked an app update that informed small businesses creating Facebook Events that Apple would take a cut of the sales. Apple later agreed to pause the commission on most of those events.

Amazon (AMZN -0.3%) unveils its first custom electric delivery vans, which are one of three models designed and built in partnership with Rivian.

The e-commerce giant says the vehicles are equipped with state-of-the-art sensor detection, exterior cameras around the vehicle for a 360 degree view, and Alexa integration.

“We are working to advance and implement the technology that will support these vans—ranging from the physical charging infrastructure to enhancements and optimization of our delivery stations,” says Ross Rachey, Director of Amazon’s Global Fleet and Products.

Amazon targets having as many as 10K custom electric vehicles making deliveries by 2022 and all 100K ordered vehicles on the road by 2030.

Square (NYSE:SQ) has purchased ~4,709 bitcoins for $50M, representing roughly 1% of company’s total assets at the end of Q2.

“We believe that Bitcoin (BTC-USD) has the potential to be a more ubiquitous currency in the future,” says CFO Amrita Ahuja. “As it grows in adoption, we intend to learn and participate in a disciplined way. For a company that is building products based on a more inclusive future, this investment is a step on that journey.”

In this, Square is following Microstrategy, which has now invested the majority of its treasury assets into Bitcoin.

Bitcoin prices are little-changed at $10.69K. 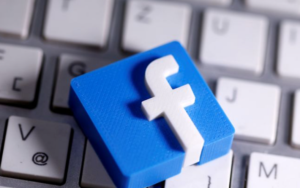