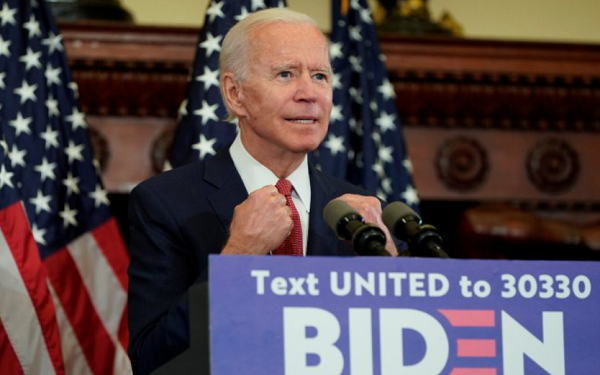 The purpose of the meeting was to discuss building the economy back. Biden has been advocating controlling the rapid spread of COVID-19 as a measure to see the economy bounce back quicker.

In general, analysts have been viewing the economic recovery more favorably with a split government than under a Blue sweep.

Baidu (NASDAQ:BIDU) has a definitive deal with JOYY (NASDAQ:YY) to acquire JOYY’s live-streaming business in China (YY Live), for about $3.6B in cash.

The deal’s expected to close in the first half of 2021.

“Baidu has built a vibrant mobile ecosystem in the past few years to enable the fast growth of our non-advertising revenues by increasing log in users, adding social engagement to our platform and expanding non-advertising offerings, including membership, live streaming and online games,” says Baidu co-founder and CEO Robin Li. “This transaction will catapult Baidu into a leading platform for live streaming and diversify our revenue source.”

Earnings for both companies are coming up shortly.

Twitter (TWTR -1.9%) has named a noted hacker to take over a new role as head of security, with the company looking to shore up its engineering as it faces growing regulatory scrutiny.

The company named Peiter Zatko – otherwise known by the name Mudge – to the role, and has given him a broad mandate to shape its structure and practices. He tells Reuters he’ll examine “information security, site integrity, physical security, platform integrity – which starts to touch on abuse and manipulation of the platform – and engineering.”

Zatko most recently oversaw security for Stripe, and had previously worked on special projects for Google.

He answers to CEO Jack Dorsey and will take over key security functions after a 45- to 60-day review.

The most notable Twitter security incident came this summer, when employees were tricked into enabling access to internal tools that gave attackers access to high-profile accounts including Elon Musk, Bill Gates and Joe Biden (which were leveraged to enable a Bitcoin scam).

The deal follows its October pact to acquire Israel-based Portshift for a reported $100M.

Cisco plans to acquire substantially all assets of Banzai Cloud in a deal to close by the end of its second quarter.

“This team has demonstrated experience with complete end-to-end cloud-native application development, deployment, runtime and security workflows,” says Cisco’s Liz Centoni. “They have built and deployed software tools that solve critical real-world pain points and are active participants in the open-source community as sponsors, contributors and maintainers of several open-source projects.”