Vancouver, B.C., May 25, 2021 – Ximen Mining Corp. (TSX.v: XIM) (FRA: 1XMA) (OTCQB: XXMMF) (the “Company” or “Ximen”) is pleased to announce that it has contracted Toronto-based Micon International Limited (Micon) for technical services related to the Kenville Mine. Initially, Micon will create a resource estimate for the new decline project to support plans for a 10,000-tonne bulk sample. This new resource estimate is focused on areas of the Kenville Mine not previously reported on in earlier (historic) mineral resource estimates. Initial work by Micon will be an internal estimate to support planning for the bulk sample. Ximen then intends to convert this to a mineral resource estimate for public disclosure following NI 43-101 best practice guidelines once all QA/QC work and site visits are completed.

Ximen is continuing to advance its conceptual fast-track development schedule for the Kenville Bulk Sample. Permitting for the new mine development is progressing well with the application now under technical review by the Mines Review Committee. 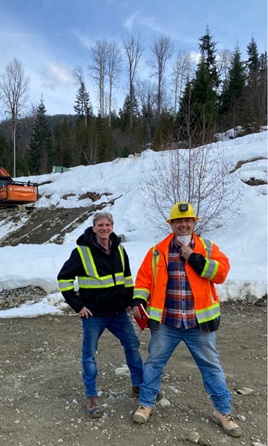 The Kenville Mine was British Columbia’s first hard rock gold mine, having been discovered in 1887. It was mined intermittently between 1890 and 1954, with recorded production of 65,381 ounces of gold, 27,685 ounces of silver, 23.5 tonnes of lead, 15 tonnes of zinc, 1.6 tonnes of copper and 37 kilograms of cadmium from 181,375 tonnes processed (BC Minfile records). The mine is located 8 km west of Nelson, BC, is accessible by paved road and is connected to the hydro power grid. Existing infrastructure includes mobile underground mining equipment, offices, mechanic shop, core storage and accommodation. 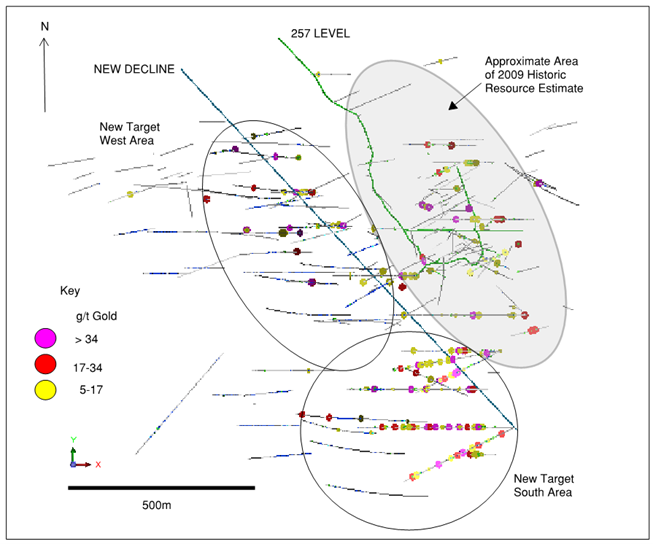 The Kenville gold deposit consists of multiple gold-silver quartz veins hosted by diorite. Between 2007 and 2012, diamond drilling was conducted that intersected new gold-silver mineralized veins in previously un-tested areas west and south of the historic mine. No mineral resource estimate was ever made for the new zones intersected by drilling west and south of the mine, but a resource estimate was completed in 2009 (now historic) for the mine area based on detailed sampling conducted within the mine (see news release dated April 8, 2019).

Ximen recently contracted Micon to do an updated mineral resource estimate to support its efforts to develop the areas west and south of the mine and an initial bulk sample plan for the Kenville west area. 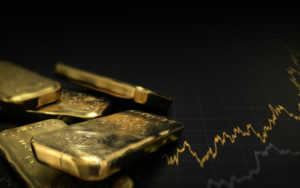