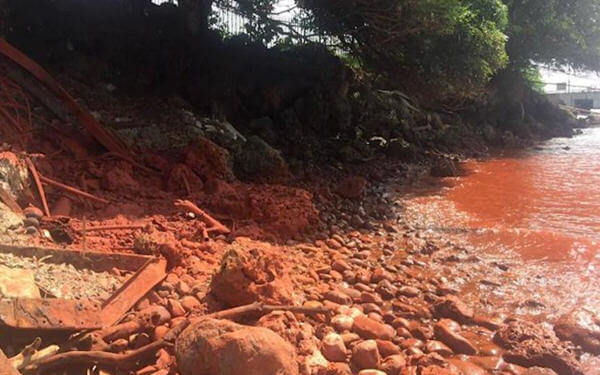 Expectations of booming demand for electric vehicles have bolstered the longer term bull case for nickel, and a supply crunch, following threats of a shutdown of a major Asian supplier only added fuel to the fire on Friday. Nickel is now up 65% since the start of the year, rocketing more than 8% to $17,695 per tonne in London on Friday, the highest since September 2014. As an indication of just how tight supply has become, in London the spread between spot prices and nickel for delivery in three months spiked to the highest in a decade. The nickel price jumped to a record high in Shanghai to the equivalent of $18,342 per tonne, surpassing the value of tin on that futures market for the first time. Friday’s move comes after the mines ministry of Papua New Guinea said a nickel processing plant owned by Metallurgical Corp of China (MCC) that spilled mine waste into Papua New Guinea’s Basamuk Bay may face closure. “The (Ramu) operation produces approximately 35,000 tonnes of nickel, equivalent to 23% of the metal held in London Metal Exchange inventories,” antipodean investment bank ANZ said in a note quoted by Reuters. The price received another boost on Friday after Indonesia’s mine minister said the country my  expedite the reinstatement of a ban on unprocessed ore exports first mooted for 2022. China’s nickel pig iron (NPI) production fed from Indonesian and Philippine mines dominate the global industry, and despite the economic slowdown in China, which imports some 50% of the world’s nickel, stainless steel production is growing rapidly. Bloomberg also reported on Friday that US-based Carlyle Group has been caught up in a years-long attempt to untangle an elaborate nickel warehousing fraud in Hong Kong worth around $300 million that ensnared major metals brokerages. Miners of the devil’s copper are used to wild swings in price. From the lows of mid-2017 below $9,000 a tonne to around this time last year, the metal gained 79%, only to slump by nearly a third to its opening levels of 2019. And who can forget that in March 2007, nickel peaked at $51,780 per tonne.

When Jakarta enforced the ban to encourage the building of domestic smelters from 2014 to 2016 the price gained initially, but Chinese NPI producers were able to switch to Philippine miners in a relatively short time, so it’s unclear the impact of export restrictions would be this time around. NPI contains only 8–12% nickel and less than half of the total nickel output is so-called Class 1 product, which is suitable for conversion into nickel sulphate used in battery manufacturing. Class 1 nickel powder for sulphate production enjoys a large premium over LME prices, but for miners to switch to battery grade material requires huge investments to upgrade refining and processing facilities. But confidence in future demand is such that BHP decided last year to hold onto Nickel West after many attempts to offload it, and is now spending hundreds of millions of dollars switching its Australian operations to battery-grade production. The electric vehicle (EV) narrative is an exciting one for the metal, but it is still early days. Last year, only around 6% of nickel ended up in EV batteries, as 70% of supply goes into making stainless steel. Source: Mining.com