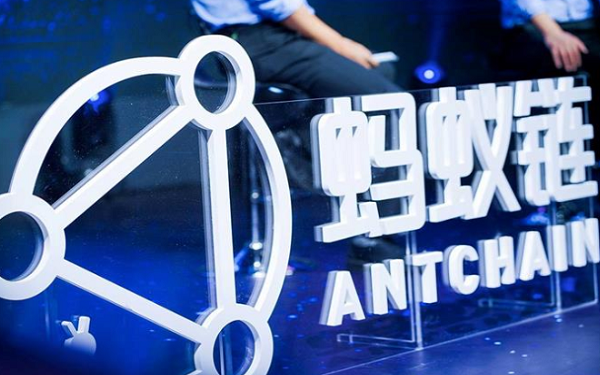 Bloomberg sources say fintech Ant Group (NYSE:BABA) has raised its IPO valuation again to at least $280B, citing strong demand for its dual listings in Shanghai and Hong Kong.

The valuation was previously raised from $225B to $250B for the offering, which is seeking to raise $35B in the world’s largest IPO.

At the new valuation, Ant Group would be triple the size of Citigroup.

Hong Kong’s stock exchange will reportedly have a hearing next week pending regulatory approval, a necessary move for company’s seeking this type of dual listing.

Ant recently said it was making progress with its regulatory approvals, responding to reports the IPO would be delayed by Chinese antitrust scrutiny.

Ant Group is currently facing potential restrictions in the U.S. as the Trump administration continues to crack down on Chinese companies.

China set to approve its own tech protection law

China’s top legislative body, the National People’s Congress, is set to adopt a new rule that would restrict sensitive exports vital to national security in a session that concludes on Saturday.

The Export Control Law would apply to all companies in China, including foreign-invested ones, and would add to Beijing’s regulatory arsenal, which already includes a tech export restriction catalog and an unreliable entity list.

Competition has been growing with the U.S. over access to technology, and big Chinese companies including Huawei, ByteDance’s (BDNCE) TikTok, Tencent’s (OTCPK:TCEHY) WeChat and Semiconductor Manufacturing International Corp. (OTC:SMI) have already found themselves in Washington’s crosshairs in recent months.

Whether Beijing will allow the export of Chinese technology is also one of the lingering uncertainties in the partial sale of TikTok to Oracle (NYSE:ORCL) and American investors.

Alongside withering criticism from Republicans Thursday, Twitter (NYSE:TWTR) is changing up its policy that it applied to block distribution Wednesday of New York Post stories about Hunter Biden, son of Democratic presidential nominee Joe Biden.

Twitter had said that it blocked the article in part because it had a policy of not sharing what might be hacked material. But its legal chief, Vijaya Gadde, now says that policy is too sweeping and could end up blocking content from journalists and whistleblowers – unintended consequences.

So it will now allow similar content to be shared, along with a label to provide context about the information’s source.

It’s still blocking the article under the other reason it had offered Wednesday: It violates Twitter’s privacy policy by including email addresses and other private info.

Facebook (NASDAQ:FB), for its part, is pointing to its Wednesday comment in explanation of its own actions on the article – which said the article was eligible for third-party fact-checking of unverified claims about Hunter Biden’s Ukraine business.

Facebook CEO Mark Zuckerberg and Twitter CEO Jack Dorsey are already headed (along with Alphabet (GOOG, GOOGL) chief Sundar Pichai) to the Senate Commerce Committee on Oct. 28, to testify about their immunity offered by Section 230 of the Communications Decency Act. Today, FCC Chairman Ajit Pai said he will move forward with a rulemaking to clarify that law.

The company that makes Apple’s iPhone may soon be assembling electric cars.

Foxconn (OTC:FXCOF) has introduced what it called the “MIH Open Platform,” which is essentially a set of tools that would allow a company to design large parts of an electric car via modular manufacturing.

Foxconn also expects to launch a solid-state battery in 2024.

The latest announcement pushes the company into a market which could be worth over $800B by 2027, according to Allied Market Research, as it looks to diversify its business.

AMD will report earnings after the bell on October 27.