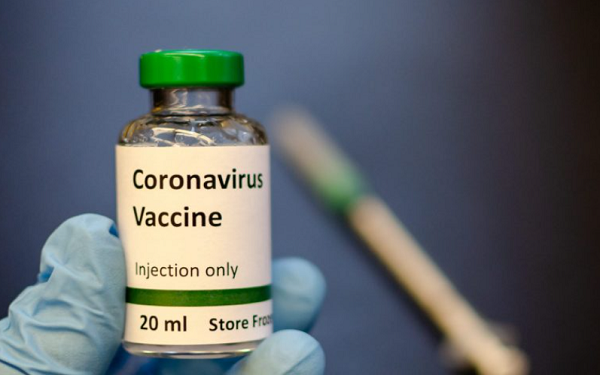 COVID-19 vaccinations set to start in less than three weeks

“On the 11th or on the 12th of December, hopefully the first people will be immunized across the U.S., across all states, in all the areas where the state departments of health will have told us where to deliver the vaccines,” Moncef Slaoui, head of the government’s Operation Warp Speed, told CNN’s State of the Union.

Current plans forecast another milestone around May: a 70% immunization rate across the U.S., which “would allow for true herd immunity to take place,” added Slaoui. “Most people need to be immunized before we can go back to a normal life.”

An advisory panel of the FDA is set to meet on Dec. 10 to discuss emergency use authorization for the vaccine candidate. Pfizer (NYSE:PFE) and BioNTech (NASDAQ:BNTX) have already requested EUA for their product, while Moderna (NASDAQ:MRNA) will finish its application by the end of the month.

“While we can’t predict how long FDA’s review will take, the agency will review the request as expeditiously as possible, while still doing so in a thorough and science-based manner, so that we can help make available a vaccine that the American people deserve as soon as possible,” FDA Commissioner Stephen Hahn tweeted on Sunday.

Even if (or when) approved, there is uncertainty over whether the general public will trust the jab enough to take it. According to a Pew Research Center in September, only about half of U.S. adults say they would get a COVID-19 vaccine.

All eyes on AstraZeneca-Oxford shot after strong Pfizer, Moderna results

This past week was an action packed in terms of COVID-19 vaccine news from Moderna (NASDAQ:MRNA), Pfizer (NYSE:PFE) and The University of Oxford-AstraZeneca (NASDAQ:AZN) – Bloomberg.

All of them have reported positive data on their vaccine safety and efficacy, raising hopes of availability of a potential safe COVID-19 vaccine by end of December or January next year.

Oxford-AstraZeneca’s vaccine also showed a strong immune response in older adults in Phase-2 clinical. Findings from the final stage of AZN’s vaccine studies are due to be released shortly.

While wealthy nations are targeting first supplies of the Pfizer and Moderna shots, many other regions are depending heavily on the following front-runners, especially AstraZeneca, Novavax (NASDAQ:NVAX) and Johnson & Johnson (NYSE:JNJ).

Oxford-AstraZeneca shots accounts for more than 40% of the supplies going to lower and middle-income nations, based on deals tracked by London-based research firm Airfinity Ltd.

Moderna’s COVID-19 vaccine to cost between $25 and $37: CEO Stephane Bancel

The company will charge governments between $25 and $37 per dose of its COVID-19 vaccine candidate, depending on the amount ordered, CEO Stephane Bancel told German weekly Welt am Sonntag (WamS), report.

“Our vaccine therefore costs about the same as a flu shot, which is between $10 and $50,” he was quoted as saying.

The European Commission wanted to reach a deal with Moderna for the supply of millions of doses of its vaccine candidate for a price below $25 per dose.

“Nothing is signed yet, but we’re close to a deal with the EU Commission,” Bancel told WamS, adding it was just a ”matter of days” until a contract would be ready.

The EU has been in talks with Moderna for its experimental COVID-19 vaccine at least since July.

Efficacy of Astra-Oxford vaccine ranges from 62% to 90%, depending on dosage

Following the vaccine trial successes of Pfizer and Moderna, which both showed efficacy rates of around 95%, AstraZeneca (NASDAQ:AZN) and the University of Oxford have released an interim analysis of their clinical trials.

One regimen, given to some 2,700 people, showed an effectiveness of 90% when trial participants received a half dose, followed by a full dose at least one month apart. The other dosing regimen, given to nearly 9,000 people, showed 62% efficacy when given as two full doses at least one month apart. The combined analysis from both dosing regimens found average vaccine effectiveness of 70%.

Despite the lower efficacy, the British shot has some distribution advantages. While vaccines from Pfizer and Moderna have to be stored frozen, the Astra-Oxford jab can be kept at refrigerator temperature and comes at a potentially lower cost.

AstraZeneca also said there were no serious adverse safety events and the vaccine was tolerated well across both dosing groups. Late-stage clinical trials of the vaccine are continuing in the U.S. following a pause during most of September and October.

“Excitingly, we’ve found that one of our dosing regimens may be around 90% effective and if this dosing regime is used, more people could be vaccinated with planned vaccine supply,” said Professor Andrew Pollard, chief investigator of the Oxford Vaccine Trial.

The stakes for lower- and middle-income nations are immense, as the shot accounts for more than 40% of the supplies going to those countries.

AstraZeneca is already preparing regulatory submission of the data to health authorities around the world that have a framework in place for conditional or early approval.

Innovent’s Sulinno Ok’d for expanded use in China

Innovent Biologics (OTCPK:IVBIY) announces that SULINNO (adalimumab injection), a recombinant human anti-TNF-α monoclonal antibody drug, has been officially approved in China for the treatment of polyarticular juvenile idiopathic arthritis (pJIA), a form of arthritis with an unknown cause in children aged 16 years or younger.