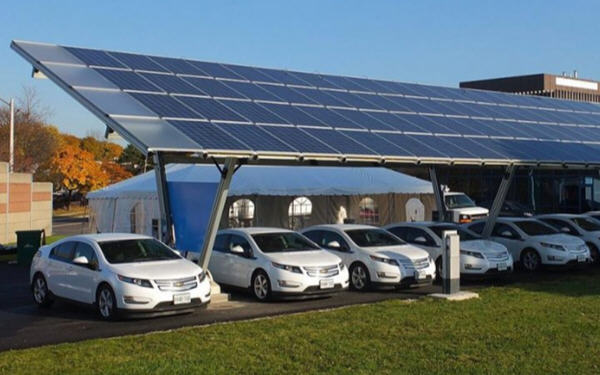 Rise of Solar and Wind Power and EVs are triggering a Clean Energy Commodities Boom.

After 150 years in the spotlight, it’s time for fossil fuels to take a back seat to emerging clean energy commodities. This isn’t simply an issue of changing time and changing tastes; transitioning away from power sources like coal, oil, and natural gas is critical for humans to ward off the worst effects of climate change.

Despite some blame-throwing and commitment issues, most governments have acknowledged what science is saying to be true: human dependence on fossil fuels is driving a climate disaster. On the international stage, countries have come together to negotiate important climate change accords, while back at home, governments have been investing heavily in measures aimed at meeting promised emission reduction targets.

According to research provider BloombergNEF, the transition to alternative clean energy sources could see as much as US$173 trillion in supply and infrastructure spending over the next three decades. This spending boom will not only benefit businesses directly involved in renewable energy but could also impact the price of commodities used in its production, creating investment opportunities in areas such as silver which is crucial to clean energy technology.

With many countries already committed to phasing out gas-powered vehicles and alternative energy sources like solar panels and wind turbines replacing coal and oil, metals like lithium cobalt and nickel and rare earth minerals like silver could witness massive demand-led price surges, as industrial use of these clean energy commodities climbs.

“The energy transition is driving the next commodity supercycle,” said Jessica Fung, head strategist at Zug, Switzerland-based Pala Investments Ltd., which funds mining projects tied to decarbonization. “It is a decades-long transition, but the time to invest and make money is this decade. The time is now.”

How Much Silver Is Used in Clean Energy Technology?

Silver will continue to feature heavily as we transition from non-renewable to clean energy sources. No other metal can match its electrical and thermal conductivity properties, making silver essential in clean energy technologies like photovoltaic (PV) solar cells and electric vehicles.

The photovoltaic industry is currently the largest industrial demand centre for silver, with consumption expected to top 98Moz by the end of the year, according to a report released by the Silver Institute. The metal is used in a paste that collects the electrons generated by sunlight hitting the solar panel. A single panel can contain as much as 20 grams of silver and is so crucial to this process that the cost of the metal makes up roughly 6% of overall production costs.

Not to be outdone, industrial demand for silver in the production of electric vehicles could soon rival that of solar panels. Referencing again from the Silver Institute report, demand for silver in the automotive industry is anticipated to exceed 90Moz by 2025. However, because silver is such a vital component in EVs – it’s used in everything from batteries and infotainment systems to power windows and sunroofs, to name a few – some forecasters predict that number could even triple by 2030.

Right now, the average combustible engine vehicle requires between 15-28 grams of silver. This number climbs up to 50 grams per vehicle for EVs. With the market for EVs projected to grow at a CAGR of 21.7% over the next several years, the number of EVs on the road could reach over 233.9 million units by 2027, up from an estimated 4.18 million today.

Combined with an increasing demand for other silver-intensive clean energy solutions, investors looking for opportunities in the burgeoning green-tech sector may have to look no further than silver.

Global combined demand for silver is expected to surpass 1 billion ounces this year. Given estimated silver production of 918.3Moz for 2021, we are quickly approaching deficit levels of demand. In fact, according to the most recent World Silver Survey,  global demand for silver is set to outpace supply by 7% in 2021

Industrial demand currently accounts for over half of all global silver demand, an increase of 8% year-over-year. The transition to clean energy is one of the most significant drivers behind the increasing industrial demand for silver, and it’s a trend that will likely continue as the global adoption of green technology expands.

However, silver’s place as a sought-after clean energy commodity in the production of electric vehicles and solar panels is not the only reason industrial demand is surging.

Demand for silver for use in printed and flexible electronics continues to make impressive gains and is forecasted to increase 54% over the next nine years, reaching 615 Moz by 2030.

5G has also impacted industrial demand for silver. While initial rollout of the technology has been slower than expected, the Silver Institute predicts this market will more than double by 2025 to 16Moz, and triple to 23Moz by 2030.

The global political climate might also play a role in spiking silver demand. The Biden administration recently placed a ban on solar panel imports from China over concerns of forced labour. This puts pressure on the US solar industry and could spark a surge in silver exploration closer to home.

A Company to Keep an Eye in This Silver Mania

As the demand for clean energy commodities like silver intensifies, mineral exploration companies such as Golden Tag Resources Ltd. (TSXV:GOG) are well-positioned to make significant gains.

The San Diego Project is located within the prolific Velardeña Mining District, home to several well-known past-producing silver, zinc, lead, and gold mines. Golden Tag holds a 100% interest, subject to a 2% NSR, in the property. The San Diego property hosts over 230 million AgEq ounces of Indicated + Inferred NI 43-101 compliant resources. The Company also believes there is an additional 20 to 50 million tonnes of potential addition grading 100 to 150 g/tAg Eq (65 to 240 million ounces).

Financially the company is very healthy, with no debt and cash balances of approximately $9 million.

Despite being a challenging year, Golden Tag has made impressive progress so far in 2021.

Following very promising results from a recent drilling campaign, the Company is currently working with Mexican officials to increase the number of permitted drilling holes on the San Diego Property from 14 to 58.

Recent diamond drilling at hole 21-57 yielded confirmed 500 m vertical extent within the newly discovered 1849 zone, while mineralization intersected in hole 21-58 marked a 34% improvement over the next nearest grade intercept, implying the western section of Fernandez could potentially host higher grades.

The Company also just completed a Geological Interpretation Program of the San Diego Property, in Partnership with Orix Geoscience. The goal of the interpretation was to better define locations of broad zones of skarn mineralization. The results concluded that broad zones of skarn mineralization present to the north and to the northwest and southeast of the current Fernandez Zone.

Golden Tag was featured in the 2021 GCFF Virtual Conference, click the links below to watch the replay video of their presentation during this event (If you are in North America, see their Youtube video, if you are in China please use the tencent video).