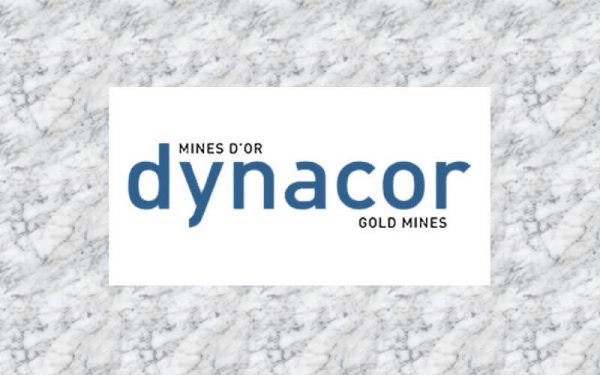 NAI500’s President Gilbert Chan recently talked to the CEO of Dynacor Gold Mines (TSX:DNG) Jean Martineau at the world’s largest mining conference PDAC in Toronto, and discussed about the latest development of the company.

NAI500: There was recent news on the discoveries of four new high grade gold mineralized structures at the Tumipampa property. Can you give us a brief explanation and the potentials of the property?

Dynacor Group Inc. is a gold production corporation headquartered in Montreal, Canada. The corporation is engaged in production through its government licensed ore processing operations. At present, Dynacor produces and explores in Peru where its management team has decades of experience and expertise.

Jean (CEO): Well, 2 years ago we started with a crosscut and discovered grades of over 0.5oz/ton and we were quite excited about that. The following step was to do what we call basic work in geology, which means more surface exploration and geochemistry, but that is not very sexy for the market. Besides all that, we did a lot of infrastructure work including roads, campsite, and internet last year. All of this wasn’t big news for the market, but it gave us all the basic information to now go aggressively on the exploration campaign this year. So this year, we will do around 2000 meters of crosscut, chimneys, and adits. We will be doing 2 crosscuts and they will be connected together with an adit. We are going to do 7500 meters in underground drilling, and it will be 27 holes in the Manto Dorado vein as well as the veins surrounding that. It will be underground, so it will be much cheaper and it will give us a lot of information. So in about 16-18 months, at the end of this exploration campaign in the Manto Dorado vein sector we will have enough information to have a first 43-101 report with resources and maybe even reserves. Now I can say that Tumipampa is not a greenfield project where you invest and maybe one day you say there is nothing and go elsewhere, because now we know we have resources there and we just have to develop it. In other words, every dollar we spend on the property today increases the value of the property.

NAI500: So what is the cost of the whole exploration program going to be?

Jean: Let’s say we do 2000 meters crosscut, it will be roughly $300,000-$400,000. We will do 7500 meters of drilling, and this is around $1 million. Plus geophysical and surface sampling, the direct cost of exploration will be around $2.5 million. One interesting point is that a lot of the crosscuts, chimneys, and adits we are doing for exploration are also part of development as well. So at the end of this exploration campaign, we will have a lot of underground development already done and this will shorten the amount of time it will take to production.

NAI500: Can you explain a little bit to the investors about the permit situation with the new processing plant Chala?

Jean: In the last 2 years, we have seen a lot of change in the rules and laws in Peru. All of the companies working in Peru have been trapped in this process. Last year, the investments in mining have gone down substantially and the government has reacted by changing the rules and laws to accelerate the process of the permits. Now we have a timetable for the permits and we are quite positive about these new rules. With the new rules, we are quite optimistic that we will get the permits very soon and hope in the coming 2 months we will be working on the construction there.

NAI500: Can you give us an overview on your thoughts on Peru and how they have come so far in the mining industry. Is Peru up there as one of the best mining jurisdictions in the world?

Jean: If you take a look at our video we prepared, you will see that the southern half of Peru and northern half of Chile is where more than 50% of the world’s copper production comes from. I still think Peru is one of the best countries in the world to explore and mine for many different reasons. Primarily because of the geology of the country and Peru has been less explored than Chile. This means that there are a lot of deposits and have not been discovered yet. As I have said before, we have had 2 years of delays, but the Peru government reacted they have changed the rules to improve that and I am now very optimistic.

Dynacor Gold (TSX: DNG) is certainly gaining investors’ trust while moving ahead of its plan in 2015.