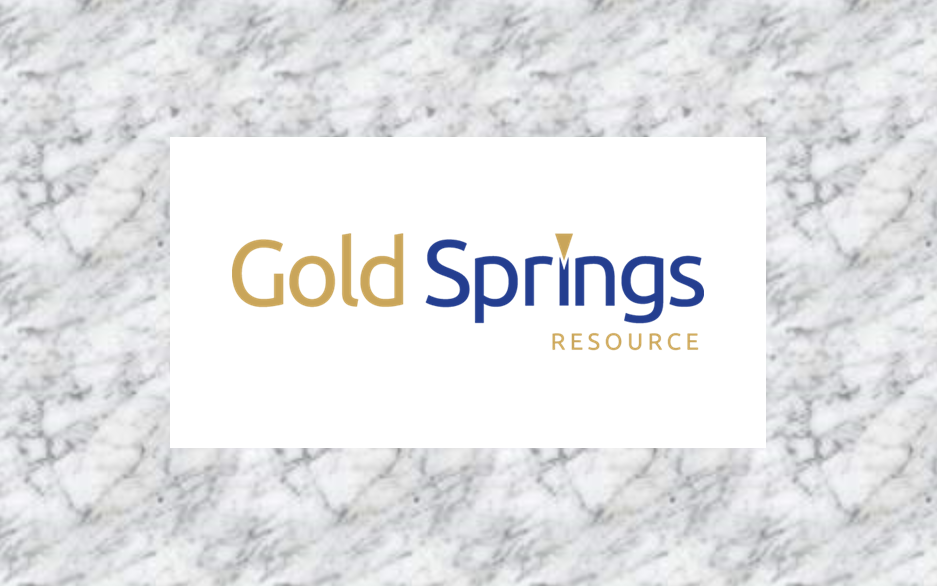 VANCOUVER, BC / ACCESSWIRE / December 21, 2020 / Gold Springs Resource Corp. (TSX:GRC)(OTCQB:GRCAF) (the “Company” or “GRC”), in its continuing effort to refine its numerous drill targets, is pleased to report high-grade rock chip sampling results from the West Pinyon target and provide an introduction to the buried North Jennie target. West Pinyon is located within the Company’s Nevada portion of the claim block while North Jennie straddles the state line between Nevada and Utah.

The West Pinyon target produced rock chip sampling results as high as 42.30 g/t Au and 131.0 g/t Ag from banded epithermal quartz vein material. The North Jennie target represents a significant CSAMT geophysical anomaly defined by the recently completed GRC survey (Press Release September 2, 2020). Only one hole has been drilled in the North Jennie target intersecting gold values as high as 4.6 g/t. The results from GRC’s work program highlight the quality of these targets as they are readied for future drill programs.

Matias Herrero, President and CEO, stated “Once again our field-work program for 2020 has demonstrated the high-quality of our targets which we can now prioritize as we move to the drilling phase. The recently completed CSAMT survey has helped define the scale of the targets covered by the survey. This, coupled with the detailed mapping and the high-grade gold values generated by our surface sampling, has continued to demonstrate the potential for more discoveries and resource development”.

The area is largely covered with post-mineral colluvium, however windows through the cover expose discontinuous banded-bladed calcite-quartz vein zones and more expansive areas of hydrothermal brecciation. Mineralized float, dominantly in the forum of hydrothermal breccia, is found mixed with colluvium throughout much of the area suggesting that the post-mineral cover is thin. Vein zones are discontinuous and traceable for 10’s of metres at surface. These banded quartz and quartz-calcite vein zones contain much of the mineralization found in sampling, grading up to 42.30 g/t Au and 131.0 g/t silver. Hydrothermal breccia zones in outcrop cover an area of about 800 x 400 metres with scattered showings throughout the 1.1 x 2.0 kilometre target area signifying a large area of hydrothermal fluid activity. Values greater than 0.25 g/t Au are listed in the table below.

A detailed description of the West Pinyon Target, including maps and photos, can be found here: https://goldspringsresource.com/projects/the-west-pinyon-target/

The North Jennie extension lies along a +2 kilometre long north-south structural corridor identified through structural mapping, Lidar imaging, and the CSAMT geophysical survey. This structural zone hosts several targets including the Thor resource and the historic underground Jennie Mine on its southern end. North of the Thor resource the target is defined by a strong CSAMT high-resistivity signature which remains open to the north (Press Release September 2, 2020). Mineralization in this area is obscured by post-mineral flows and colluvium cover.

Though the area is under post-mineral cover it is the strongest CSAMT resistivity anomaly identified by the GRC survey, both in width and resistivity strength. The North Jennie CSAMT anomaly has an overall width of nearly one kilometer at its widest and a strike length of over 2 kilometres. The anomaly has a similar shape to the North Jumbo resource and the Juniper target CSAMT anomaly to the east. North Jennie has the same structural setting as both the North and South Jumbo resource areas being bounded by two major structures on the east and west. One drill hole targeting the CSAMT anomaly was completed by Astral Mining Corporation in 2006. This hole demonstrated that gold mineralization is present along the northern projection of the Jennie vein system, with the bottom 9.2 metres of the hole averaging 1.04 g/t gold and 5.83 g/t silver (for more information, please refer to the technical report entitled “Updated Preliminary Economic Assessment NI 43-101 Technical Report – Gold Springs Project, Utah-Nevada, USA” dated June 22, 2020). Permitting is underway for roads and drill pads over the North Jennie target to allow for a drill program in the near future.

A more detailed description of the North Jennie Target, including maps and photos, can be found here: https://goldspringsresource.com/projects/the-north-jennie-target/

The Qualified Person on the Gold Springs Project is Randall Moore, Executive Vice President of Exploration for Gold Springs Resource Corp. and he has reviewed and approved the content of this press release. The Qualified Person verified the data disclosed herein for its geological reasonableness, checked all the inputs, reviewed standard and blank lab results, and verified the analytical data.

Assays were performed by ALS Geochemistry and Bureau Veritas labs, both ISO/IEC 17025:2005 Certified and independent laboratories in Sparks, Nevada. Gold was analyzed by fire assay of a 30-gram sample with an AAS finish. All other elements were analyzed by a four-acid leach ICP method.

Approximately 2-3 kg for each rock chip sample was sent to the laboratory. The laboratory includes duplicates of samples, standards and blanks for QA/QC purposes. The results of these check assays are reviewed prior to the release of data. All assays are also reviewed for their geological context and checked against field descriptions.

Gold Springs Resource Corp. (TSX: GRC and OTCQB: GRCAF) is focused on the exploration and expansion of the gold and silver resources of its PEA-stage Gold Springs project located on the border of Nevada and Utah, USA. The project is situated in the prolific Great Basin of Western USA, one of the best mining jurisdictions in the world.

Certain statements contained herein constitute “forward-looking information” under applicable Canadian securities laws (“forward-looking statements”). Forward-looking statements look into the future and provide an opinion as to the effect of certain events and trends on the business. Forward-looking statements may include words such as “creating”, “believe”, “would”, “continue”, “will”, “promising”, “should”, and similar expressions. These forward-looking statements are based on current expectations and entail various risks and uncertainties. Actual results may materially differ from expectations if known and unknown risks or uncertainties affect our business or if our estimates or assumptions prove inaccurate. Factors that could cause results or events to differ materially from current expectations expressed or implied by the forward-looking statements, include, but are not limited to, risks of the mineral exploration industry which may affect the advancement of the Gold Springs project, including possible variations in mineral resources, grade, recovery rates, metal prices, capital and operating costs, and the application of taxes; availability of sufficient financing to fund planned or further required work in a timely manner and on acceptable terms; availability of equipment and qualified personnel, failure of equipment or processes to operate as anticipated, changes in project parameters, including water requirements for operations, as plans continue to be refined; regulatory, environmental and other risks of the mining industry more fully described in the Company’s Annual Information Form and continuous disclosure documents, which are available on SEDAR at www.sedar.com. The assumptions made in developing the forward-looking statements include: the accuracy of current resource estimates and the interpretation of drill, metallurgical testing and other exploration results; the continuing support for mining by local governments in Nevada and Utah; the availability of equipment and qualified personnel to advance the Gold Springs project; execution of the Company’s existing plans and further exploration and development programs for Gold Springs, which may change due to changes in the views of the Company or if new information arises which makes it prudent to change such plans or programs. 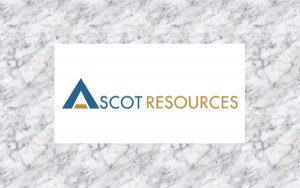