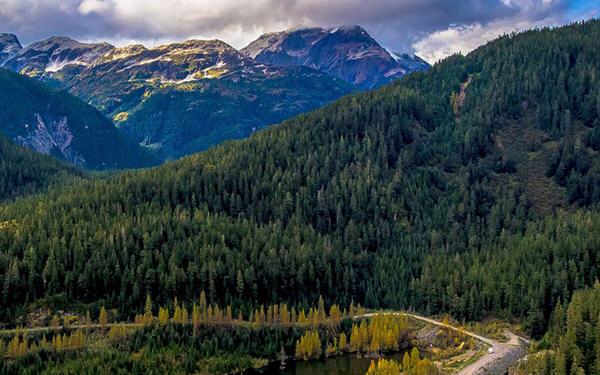 Mining companies have long been famous for taking years, even decades, to transform exploration projects into full fledged mines. Over the years, we’ve seen the market become jaded by the exploration mining industry because of this.  However, mining companies still thrive on the Canadian stock exchanges, and with recent positive moves in commodity prices, investors have once again come out to hunt for successful mining investments.

As part of its ongoing in-depth analysis of the mining sector, NAI500 is revisiting the successful mining investment case of Quadra Mining Ltd. Quadra Mining Ltd., listed on TSX in 2004 after an IPO raising ~$145 million, acquired and developed the Robinson Mine in Nevada and later, merged with FNX Mining Company Inc. to form Quadra FNX Mining, and in 2012, sold for an approximate $2.9 billion to KGHM, making shareholders several times more than their initial investment.

Quadra’s management demonstrated thei r expertise in each phase of the company’s development that led to the acquisition by KGHM Polska Miedz S.A. in 2012.  Quadra’s former CFO and KGHM International’s former CEO, Derek White, is now hoping to repeat his success with Ascot Resources Inc. (TSX:AOT) and its Premier Gold Project in British Columbia’s Golden Triangle.

Can History Repeat Itself?  Quadra Mining as a Case Study

On 8 April, 2004, Quadra Mining Ltd. completed an initial public offering raising approximately $145 million. Quadra used a portion of the proceeds of the offering to acquire its interest in the Robinson Mine located in Nevada, which it then brought to production in December of that year.  Robinson Mine was put in care and maintenance by previous owner BHP Billiton. The mine had significant existing infrastructure.

In 2005, the company acquired the Carlota project in Arizona for approximately $39M, paid in shares, which led to the successful bought deal financing in 2006 for $45M at $6.30 per share. The Company continued its acquisition strategy throughout 2007 with the Greenland molybdenum project, and then successfully conducted a debt financing for US$200M with the proceeds used for the construction of the Carlota project.

At this point, the company’s share price had already risen to $12.60 per share and in 2008, the Carlota mine was put into production, on time and on budget.

Quadra also discovered the Sierra Gorda copper deposit in Chile, a large-scale sulphide deposit, acquired the Franke project again in Chile, which was stalled when its previous owner ran out of funding.

In 2010, Quadra, with a market cap of over $1B before the merger with FNX Mining Company Ltd. The new company, Quadra FNX Mining Ltd., with a combined market capitalization of over $2 billion and $550 million in cash, became a major force in Canadian mining.

The resulting company was short lived, however, as on December 6, 2011, Polish miner, KGHM Polska Miedz S.A. (the world’s 9th largest producer of copper) agreed to buy Quadra FNX Mining Ltd. for approximately C$2.9 bn.  By that point, the original shareholders of Quadra Mining had seen the returns on their initial investment soar.

What Can Investors Learn from the Quadra Case?

Firstly, the Quadra case was a clinic on management effectively implementing a solid strategy to grow shareholder value.  In general terms, management were successful in bringing mines to production, raising funds on favourable situations, acquiring synergistic assets at the right time, and most importantly, providing shareholders with a meaningful exit strategy.

Specifically, the company had one of the most important abilities needed to be successful in the mining industry: exploration ability.  Management had the ability to find assets that contained resources, manage exploration campaigns with limited budgets, hire geologists that knew the properties they were working on, and deliver to the market credible reports of what was underneath their projects.

A growing rarity in the mining industry today was Quadra’s ability to bring mines to production on time and on budget.  Experienced investors from the last supercycle can remember the days when construction budgets ballooned significantly with numerous development stage companies losing the wind from their sales before a mine was built and in those cases, the shareholders are the ones that are typically left to suffer the consequences.

As mentioned in recent presentations, Ascot is also taking a similar strategy as Quadra in that their main, short term goal is to generate cash flow by bringing the Premier gold mine into production with low initial capital. At the same time, strategically positioned itself by numerous consolidations with projects nearby in the past few years, combining with further exploration to create more upside potential.

Can Ascot’s management provide its shareholders with another successful investment?  Keep an eye on Ascot Resources Ltd (TSX:AOT).