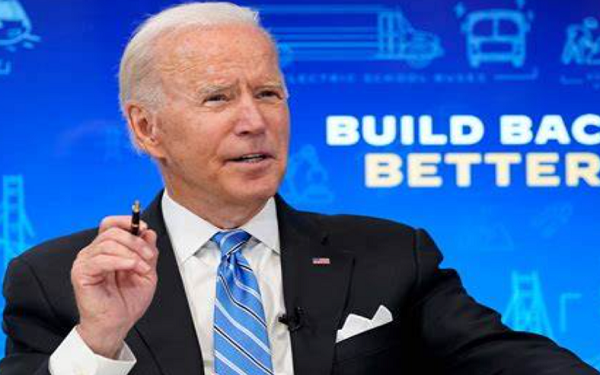 Weaning Americans off gas is a large part of the newly passed Infrastructure Bill. And that could potentially be a huge deal for companies involved in the production of electric vehicles and charging infrastructure.

$7.5 billion of the approved $1 trillion Infrastructure Bill has been earmarked for EV charging infrastructure. While the funds fall well short of the $85 billion some Democrats were looking for and the $50 billion mark that industry experts estimate it will cost to fully implement a robust EV charging network, the proposed spending comes as very welcome news.

Currently, there are only roughly 42,000 EV charging stations located throughout the US. The proposed addition of 500,000 new EV charging stations will be a dramatic improvement to the existing charging network and could be the boon that the EV market has been waiting for as range-weary Americans embrace EVs.

As part of their carbon reduction pledge, the White House is targeting a 10% decrease in fuel emissions by 2023 and 5% each year after that. The administration has also been working diligently with major automakers to achieve an ambitious target of 40-50% EV sales for all new vehicles by 2030.

While EV technology has certainly advanced over the past decade, humans seem stuck in old ways of doing things. And it’s this fear of change, not the technology itself, that could be one of the biggest challenges facing EV adoption.

For the better part of a century, drivers have become used to filling up their tanks, driving until their tanks are low, and then filling up again. While this 3-minute fuel-up routine may have worked well for gas-powered cars, EV batteries can take longer to fully charge, not to mention this type of behaviour can speed up the degradation of EV batteries.

That’s not necessarily a liability of EV ownership; new EV batteries and fast charge networks are in the works that can significantly increase charging speed. It’s simply an indication that humans need to adapt their habits.

And part of the adjustment may require stepping away from the traditional method of plug-and-go charging.

Designing charging stations to resemble gas pumps and manually plugging in EVs to charge is very much an example of people hanging on to old habits. While this may be important as people transition into EVs, existing charging stations are unsuitable to EV battery functioning. Long-term, EV charging infrastructure will need to adapt to new technologies and people along with it.

Earlier this year, the Company entered into an agreement with leading Canadian LEV manufacturer Daymak to be the exclusive provider of EV batteries for their entire vehicle lineup.

The Avvenire line, which includes six new models, began presales in March. Within 30 days, the Company had reached $250 million in pre-order commitments, and by May, the number surpassed $320 million.

“Our goal is to provide consumers convenience and access to EV charging infrastructure on par with that of modern-day gasoline service stations.  Our software and hardware development teams have been closely monitoring the EV market’s needs and we plan to meet those needs through technology and superior product development,” EV Battery Tech CEO Bryson Goodwin said in a statement.

On July 21, EV Battery Tech signed an exclusive deal with Glenhalla to provide its IoniX Pro Smart Chargers to their upcoming Auto Mall development, with the potential for other ESS and EV infrastructure solutions to be added to the plan.

The Auto Mall is currently configured to hold ten dealerships and a flagship hotel, with space for future expansion. Each dealer will require at least two EV Smart Chargers, while the hotel will need a minimum of six.

“The Trilogy Line has been designed by some of the best and brightest individuals in the automotive and electric vehicle industries, to bring both performance and luxury to a thrilling, fun and eco-efficient electric vehicle,” remarked EV Battery Tech CEO, Bryson Goodwin.