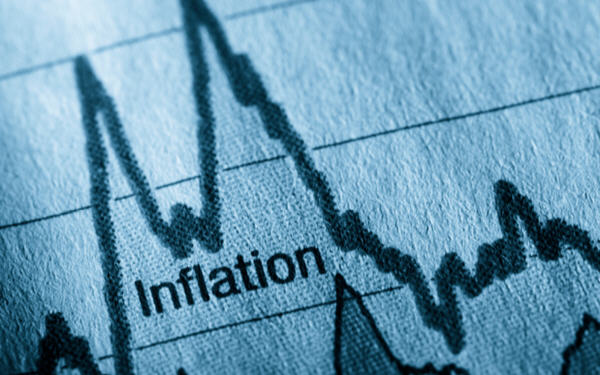 Food prices have been soaring, and that’s forcing some families to have to make difficult choices.

According to the UN Food and Agriculture Organization, food costs are up 31% compared to a year ago. While some of that increase can be attributed to temporary pandemic bottlenecks as shipping and distribution channels struggle to catch up, extreme weather conditions brought about by climate change and China’s growing appetite for imports are structural issues that show no signs of slowing down.

All over the world, people are struggling with the rising cost of basic food staples, and Governments are starting to get nervous. In an attempt to control increasing prices at home, countries like Russia and Argentina have begun restricting exports, with the former implementing a tax on grains and the latter temporarily banning beef sales abroad.

The current environment brings back memories of 2008 and 2011, where surging food prices led to food riots across Africa, Asia, and the Middle East. And unfortunately, there is little relief in sight.

Bloomberg recently spoke to four families – from Brazil, Nigeria, India and the US –about their struggle to keep enough food on the table. And they all tell a similar tale. From begging vendors for a discount to scouring markets for sales and replacing pricey proteins with less expensive alternatives, families are having to cut back anywhere they can.

Due to their fundamentally volatile nature, food and fuel costs are typically excluded from inflation discussions and monetary policy. However, these are often the first places where consumers are affected by rising prices, and it may be time for Central Banks to pay closer attention.

How Does Inflation Relate to Precious Metals?

Unlike paper currencies, precious metals like gold and silver have a countercyclical relationship with inflation – when inflation is dragging down currency values precious metals tend to move in the opposite direction.

Currency values rely on many factors, including fiscal and monetary policy, external global influences, and the general health of the overall economy. Central banks can print more money when they believe the economy needs a boost, and Governments may introduce additional stimulus spending, as was the case for many nations during the Covid pandemic.

But the offshoot of printing money or stimulus spending is an increase in the number of dollars circulating. Without a subsequent rise in demand, the value of the currency slowly declines.

The price of precious metals, on the other hand, tends to climb in an inflationary environment because their value is derived differently than paper currency.

Gold and silver are valuable due to the combination of limited supply and high demand. Commercially, gold is best known for its use in jewelry manufacturing, commemorative coins, and gold bars, but it’s also used in electronics and other industrial applications. Investment-wise, gold is one of the most recognizable storers of value in the world.

During times of economic instability or climbing inflation, investors tend to pour money into precious metals like gold and silver as a way to store and protect their wealth.  Demand pressure further strengthens precious metal prices, providing investors with a hedge against inflation and currency devaluation.

While both gold and silver have both historically been used as safe-haven assets, silver costs a fraction of the price of gold, offering investors in search of a deal a more affordable, albeit slightly more volatile, inflation hedge.

The Silver Company You Should Keep an Eye On: Golden Tag

When it comes to silver, Golden Tag Resources (TSXV:GOG) is all in.

This Canadian mineral exploration company is currently developing a vast property in the heart of Mexico’s famed Velardeña Mining District. The San Diego Property is among the most significant undeveloped silver assets in the world, with over 115 million ounces of silver and 1.5 billion pounds of zinc in resources. Golden Tag Resources holds a 100% interest in the Project, subject to a 2% NSR.

The San Diego Property is situated in an area well-known as a past producer of silver, zinc, lead, and gold. The Property currently hosts over 230 million AgEq ounces of Indicated + Inferred NI 43-101 compliant resources. The Company also believes that there is an additional 20 to 50 million tonnes of potential addition grading 100 to 150 g/tAg Eq (65 to 240 million ounces).

In 2019, Mexico produced approximately 190 million ounces of silver, and while the Covid pandemic affected production in 2020, the country maintained its global top silver producer status with 178 million ounces. And the country is ripe for mining investment.

Ranking only behind Canada, Australia, and the US in terms of attractiveness, Mexico has the infrastructure, workforce, and capacity to carry it well into the future as a leading silver producer.

Despite Covid setbacks, Golden Tag Resources has been very busy in the region. In July, following the success of several drilling initiatives, the Company applied to quadruple the number of allowable drill pads at the San Diego Project from 14 to 58.

The Company recently released very promising results from the drilling of their 14 existing holes. Among the highlights, diamond drilling at hole 21-58 uncovered the new high-grade skarn deposits above the Fernandez Zone, resulting in an extension of the existing area and a 34% grade improvement over the next nearest drilling hole.

Drilling at hole 21-56A resulted in extended mineralization of the Trovador Structural Zone. The total vertical extension now runs over 550 meters and remains open.