Deep-South Resources is a TSX Venture listed mineral exploration company based in Vancouver. The Company is actively involved in the acquisition, exploration and development of major mineral properties in Africa.

Mr. Akwenye is a Namibian retired lawyer with over 30 years of experience in business development in Namibia. From 1994 to 2008, he was Chairman of Guinas Investents (PTY) Ltd a Swapo owned investment company. He has been chairman of the Namibian Airports Company from 2001 to 2004. He is Director of Corporations such as Areva Resources Namibia and PE Minerals and he his currently Chairman of Deep-South Mining Company (PTY) Ltd and Director of Haib Minerals (PTY) Ltd.

Mr. Léveillé has over 28 years of experience in the International financial sector and 20 years of experience in the mining exploration industry. Mr. Léveillé has started is career as a Stock Broker and Corporate Finance specialist with Lévesque, Beaubien, Geofrion and National Bank Financial. From the mid 1990’s to today, he has been Executive and Director of several exploration companies active in Africa. He has financed and managed exploration projects in Namibia since 1996 and has realized over US$ 70 million in transactions and financing for Namibian and African mining exploration projects. He is currently Executive Director of Deep-South Mining Company (PTY) Ltd. and Director of Haib Minerals (PTY) Ltd.

Mr. Stuart-Williams is a geologist with 46 years of experience in the mining and exploration industry, principally in the southern African region. He holds a M.Sc degree in uranium and he has been involved in base metals, gold, coal, and industrial mineral projects. Mr. Stuart-Williams has a worldwide exposure (including Liberia, Philippines, Afghanistan, Canada, Uzbekistan, Australia, Uganda, Mauritania and all of the Southern African countries). He has been involved with the Haib project from the mid-1990s as exploration Manager and subsequently as a Technical Director (geology) for Deep South Mining who held the Mineral Rights over the Haib Project during the recent exploration by Teck Namibia.

Mr. Lemmon is a professional Geologist with experience in numerous jurisdictions worldwide. Most notably, he has over 25 years experience in several African countries such as Liberia, Zambia and many others. In addition to having held directorship positions at a number of public and private companies, Mr. Lemmon is Chief Geologist and Director of Copperzone Resources Ltd, a successful project generator and exploration company focused in Zambia. Mr. Lemmon is a Professional Graduate of United Kingdom’s Institute of Materials, a Fellow of the Geological Society of London, and a Registered Professional Natural Scientist in South Africa.

Tim Fernback has over 20 years of experience in the venture capital and investment banking industries. He is currently the Regional Director for the CFO Centre Limited, responsible for all operations in Western Canada. The CFO Centre is the world’s leading provider of part-time Chief Financial Officers for mid-tier businesses. The company has over 350 active CFOs worldwide.

Mr. Fernback holds an Honours B.Sc. from McMaster University, and holds a MBA with a concentration in Finance from the University of British Columbia. Mr. Fernback holds a Certified Professional Accounting (CPA) designation in Canada and is currently director of several publicly traded companies in Canada.

Ryan Cheung is the founder and managing partner of MCPA Services Inc., a chartered professional accountant firm. Ryan’s role is focused on business development, and managing all aspects of the Firm and professional services delivery. He started in 2002 at a boutique CA firm eventually moving on to a mid-sized CA firm and successfully wrote the Uniform Final Examination in September 2007.
Ryan works closely with high net worth and self-employed individuals, private companies and public companies (TSX Venture listed) in various industries including general professional services, real estate, mining, and technology. He is currently director of several publicly traded companies in Canada. 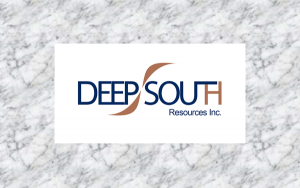 Deep-South Has Closed a Second Tranche of Its Private Placement

November 26, 2019
View All
We use cookies to ensure that we give you the best experience on our website. If you continue to use this site we will assume that you are happy with it.Ok