Maple Leaf Green World Inc. is a NEO Exchange (NEO:MGW) and OTCQX listed company (OTCQX: MGWFF) based in Calgary, Canada. The company is focused on the cannabis industry in North America to produce cannabis oil and export its products to approved countries.

MGW is applying for an ACMPR license to produce cannabis from Health Canada (Active Review) and constructing a cannabis production facility in Telkwa, B.C., (15 km south of Smithers in central B.C.).

MGW is applying for a dealer license from Health Canada to export cannabis-oil internationally.

Raymond Lai, CPA Chairman of the Board, President and CEO

Raymond Lai, CPA, Chairman of the Board, President and CEO
Raymond Lai has been a certified professional accountant for over 25 years and has held key roles for public companies in the manufacturing, mining and packaging industries for over 10 years. He has been instrumental in securing corporate financing in both domestic and international markets.

Daniel Chu, a chartered professional accountant since 1986, is a founding shareholder of Maple Leaf and has over 17 years of experience and as financial and senior executive. He previously served as president of Duo Dynamic Capital Corp., a consulting company, Altarich Energy Inc., a publicly traded oil and gas company, and Optimal Choice Corporation, a wellness company.

Joe Wong is a highly experienced horticulturalist. He has spent the last 30 years improving nursery production and growing systems. He began his career with the B.C. Ministry of Forests in 1978 and, in 1985, started Woodmere Nursery, where he managed the design and construction of a greenhouse facility with an initial crop production of 2.5 million containerized seedlings per year. Those operations have now increased to 12 million seedlings annually and Woodmere has been a recipient of the prestigious Northern Forest Innovator’s Award for its research into improving the germination of trees.

Jameson Welbourn is a business development executive with over six years of experience specializing in the commercial real estate industry representing both tenants and landlords. He has a proven track record for identifying and capturing market opportunities and has brokered over 90 landlord-tenant lease transactions, valued in excess of $20 million. He has successfully created, lead and executed detailed sales and business development strategies. Companies represented include; FT Services, Baron Oilfield Supply, Striker Resources, Acme Energy, The Consulate of Mexico, The Historical Society of Alberta, Engineered Chemistry and the Munich Reinsurance Company of Canada. Jameson has a deep passion for the business of cannabis and has been following the industry closely since 2005.

Bill Monroe has been involved in the cannabis industry in California, Colorado and Nevada for the past eight years. Over this period of time he has developed excellent connections in Nevada for the production, distribution and sale of cannabis products. He is a board member of the National Council of the Cannabis Chamber of Commerce.

Ken Suydam was master grower at Dystinctively Different Herb Co. LLC, an award-winning cannabis grower. Before that, he served as cultivation facility construction and grow consultant at The Proving Grounds LLC. Under his tenure, Dystinctively won the 2014 High Times Cannabis Cup and placed second in both the Hybrid and Indica categories. Other awards garnered under his leadership include a first place for rosin at Chalice 2015. This was the first rosin award ever given out in the United States.

Tracey Scott comes to Maple Leaf with over 20 years’ experience in accounting. Tracey has been a Controller for several corporations, most recently for Platinum Communications Corporation, a TSXV exchange listed company supplying internet to rural Alberta. She has also worked in public practice and had her own firm serving small and medium businesses in Alberta.

Terence Lam is a member of the PBA Society of Canada. Prior to spending nine years in an accounting practice, he owned and managed a wholesale and retail business for over a decade. He has worked with employees, financial institutions, suppliers and accountants to understand the complex requirements of a productive business culture. 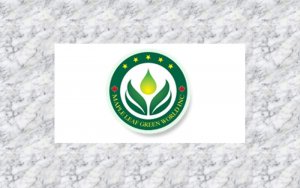 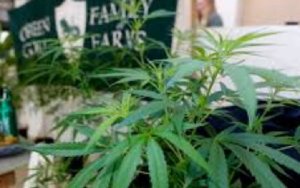 Two of the Best Medical Marijuana Stocks After Many States Legalize Weed in the U.S.

Maple Leaf Green World Inc. Has Retained Aaron Boh as Chief Grower to Spearhead Its One Of The Largest Indoor Cultivation Facility For Hemp Seeds and MJ Clones in Canada

August 30, 2019
View All
We use cookies to ensure that we give you the best experience on our website. If you continue to use this site we will assume that you are happy with it.Ok